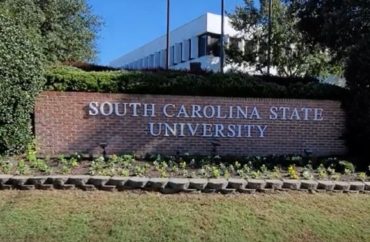 Will work with HBCUs and ‘Predominantly White Institutions’

The mission of the new center at the historically black college is to “address all aspects of social injustice and racism, both systemic and individual, through research, teaching, training, and service,” according to a university news release.

The center is being led by Professor David Staten. Staten teaches rehabilitation counseling at the university.

“The University will sponsor a peer reviewed international journal that addresses systemic and individual racism,” Staten told The College Fix via email. It will include “calls for articles and research will be sent out to faculty and scholars all across the nation and abroad.”

Staten said the center will partner with both historically black colleges and universities and “Predominantly White Institutions” with a priority on working with South Carolina universities.

Funding will come from “grant funds and philanthropic contributions” Staten told The Fix. “The center plans to hire a professional to serve as specifically [sic] raise money for the center.”

“Year one will mostly serve as a planning year and we will set a budget goal before the end of the year,” the professor told The Fix.

Other initiatives, according to the university news release, include training faculty to “revise current curricular offerings and teaching modalities” so that courses “help students better understand how racial biases and stereotypes can impact their worldview and how they operate in society.”

“We want to create a gateway course for all incoming freshman that examines the impact of systemic racism,” Staten told local newspaper The Times and Democrat.

“I just feel like this center is very timely given everything that’s going on in the country,” Staten told the paper.

“You look at the insurrection that happened on the U.S. Capitol. If nothing else, there’s a need for the diversity training piece because a big part of racism is individuals not even realizing that they’re racist,” Staten said.

The center will also focus on “Developing anti-racism training models for state and federal law enforcement agencies.” These models can be used by community groups and will be “based on evidence based research.”

It will also train government officials at all levels on how they can “enhance their awareness of their own prejudices, biases and preconceived notions.” It will have “an emphasis on how unintentional racist views can impact policy and the implementation of legislation.”

University has a long history of civil rights activism

The university said the center builds on a history of advocating for civil rights.

“Given this University’s legacy and roots in the Civil Rights movement, we are well-positioned to take on a prominent role in the fight for equity and justice,” university President James Clark said in the university statement.

Neither Clark nor Albert Gilmore, a university spokesperson, responded to emailed requests for comment on how much money the university planned to spend on the endeavor.

The university had first announced the new center 53 years after the Orangeburg Massacre.

The 1968 Orangeburg Massacre occurred on the campus when S.C. highway patrolmen opened fire on students, killing three and wounding over 20 more.