Following a raucous and emotional classroom walkout last week to protest racist messages in a Missouri school’s bathrooms, a black student ended up admitting responsibility for it.

The graffiti at Parkway Central High near St. Louis included a “racial slur for African Americans […] as well as a statement wishing the death of Black people,” according to the St. Louis Post-Dispatch.

During the walkout, students “yelled questions” and cursed at Parkway Principal Tim McCarthy, shouted “no justice, no peace” and complained about feeling unsafe at school.

Parkway School District Superintendent Keith Marty (left) said in a statement the fact that the culprit is black “does not diminish the hurt it caused or the negative impact it has on our entire community.” This is an almost-verbatim response from a similar incident four years ago. 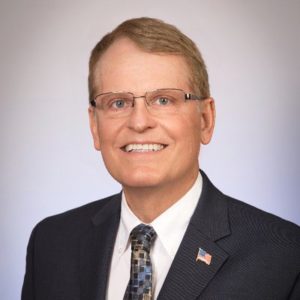 “Last week was difficult for many of our students and staff. We also saw many positive outcomes,” Marty wrote. “[M]any students shared personal experiences of racism throughout their lives and at school. Their voice was a clear indication that more work is needed to ensure our school cultures and communities are safe for each student regardless of their race.”

A district spokesperson said officials “don’t know why” the (black) student wrote the graffiti. Marty added “We cannot presume the reasons a student would do this,” which is another almost-repeat statement from 2017’s hoax.

Other racist messages were also written in a bathroom at Parkway North, though few details were available about that incident. District spokeswoman Cathy Kelly said officials are “very close” to finding the culprit. School officials do not believe the two incidents are related, she said.

Marty said in his email that the Parkway Central vandalism was a “significant violation of multiple codes of conduct” and the matter had been referred to law enforcement. He also said the student would face “severe disciplinary consequences” from the district. …

The incident marked the second time in recent years that a student of color was caught writing racist graffiti in a Parkway high school. In 2017, a nonwhite student admitted to writing “White lives matter” followed by a racial slur in a Parkway Central bathroom.

Earlier this year, two 18-year-olds, one of whom was Black, were charged with causing property damage after spray-painting racist graffiti on the outside of Kirkwood High School and Nipher and North Kirkwood middle schools. A juvenile was also referred to St. Louis Family Court.

As with the protesting students, Missouri State Representative Rasheen Aldridge Jr. jumped the gun and tweeted about Parkway Central’s “racism.” He has yet to follow up with an acknowledgment of the hoax.

As a @ParkwayAlumni Class of 2012 Parkway West, I stand with the students and parents at Parkway Central who walked out today and said no to racism in school. pic.twitter.com/KumOyvQlfZ