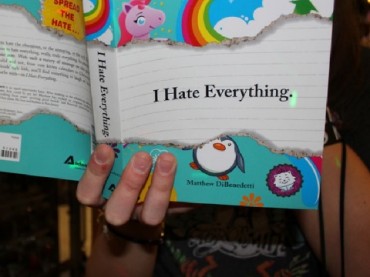 OPINION: Bergdahl’s generation – the worst generation. We’ve been hollowed out by academia and the culture of irony

Universities like to position themselves at the vanguard of the decoupling of theory and reality. There is very little sport in citing so abundant a list of examples. Suffice it to say that, as amply documented in these pages and elsewhere, one does not wander onto a college campus in search of much besides the screwy fringe of the mouldering humanities.

Indeed, one does not find much in the way of logic of any kind at a modern American university, save the self-fulfilling, self-referential sort that takes as its tautological axiom the premise that everything that is logical and good is, ipso facto, “oppressive,” “colonialist,” and “bad.”

This is nowhere more evident than in the Gender Studies Department, where, we are told, gender is in the underpants of the beholder. The circularity of liberalism, wherein I am whatever and whomever I say I am, is enshrined among the vestal not-so-virgins of the gender studies crowd, who insist, with perfect deadpan, that being “cis-gendered” should not embolden one to peddle “heteronormativity,” lest one make a “genderqueer” feel “unsafe.” Tenured lunatics largely have the run of most colleges, but even the Marxists must feel a bit discomfited by the febrile rantings of the folks over in Gender and Women’s Studies.

And yet, while universities fancy themselves as being at the cutting edge of all that is corrosive, anti-American, and untenable in any version of the real world, they have much catching up to do when one compares the garden variety “Free Mumia!” professor with any randomly-selected hipster mooching Wi-Fi at a free-trade coffee shop.

Universities have the market cornered when it comes to theorizing a society free from the tired old “half of us are men and the other half are women” constraints (Yawn!), but hipsters have turned silliness against itself to form an expression of cowardly nihilism that professors can look upon only with envy: irony.

Irony is the essence of the hipster. Even his (or her! Hipsters don’t judge…) world-weary countenance is an ironic pose, a refusal even to invest one’s inner being in so emotionally undemanding an emotion as ennui. Indeed hipsters take nothing seriously (except, in the most pointed irony of all, themselves).

Everything is a joke, but only because hipsters can find nothing mirthful or meaningful enough to evoke anything more than a wry grin. In this studied detachment that makes even Zen Buddhism seem like a desperate clinging to the passing void, everything in a hipster’s world is red-shifted into an endlessly receding attempt to wriggle out of life’s tragic ephemerality by pretending that nothing worth living for, loving, or even dying for exists, or possibly could. One tucks one tail between one’s legs, but then acts like fear itself is so overrated. Irony trumps all. Get it?

One would be content to let the profs and the coffee-swilling retro suspender devotées (and kudos to those of you who can tell the difference!) have their wayward kicks in peace. What harm are they doing by making fools of themselves for our amusement? (I bracket here, of course, the profs’ remarkable ability to corrupt the youth while suckling greedily at the increasingly-flaccid taxpayer teat. Hipsters, at least, corrupt only themselves, and do so using only their parents’ money.)

However, this studied defiance of both reality and the larger demands of society and justice has ramifications in areas beyond the faculty lounge and the (ironic) crowd at bingo night. In particular, America-hating professors and nothing-hating, nothing-loving hipsters are destroying our ability effectively to wage war.

Take, for example, jihadist Bowe Bergdahl, the traitor who endangered the lives of countless of his fellow soldiers through his inability, or refusal, to distinguish between the good guys and the bad. (For any liberals who happen to be reading this: the “good guys” are *not* the Taliban.)

Bergdahl is neither a professor nor, as far as I can tell, a hipster (although one photograph does show him sporting a particularly scraggly beard). And yet, Bergdahl is cut from the same cowardly cloth, the same wet sheet flapping in the fetid post-American breeze that has the professors cheering “Viva Hugo Chavez!” and the hipsters yawning even more superciliously.

Loyal to nothing and no one, least of all the country that nurtured him and kept him free or the men, even in his own platoon, who did the heavy lifting to keep us all in a similar non-Talibany condition, Bergdahl is the perfect specimen of the nation of hipsters and entitled, taxpayer-fatted radicals that we have become. It matters little that Bergdahl may have converted to Islam under duress. (It wouldn’t be the first time, after all, that the Religion of the Prophet gained a new member at the point of a sword.) What matters is that Bergdahl went AWOL, deserting his platoon and thereby endangering his unit.

Bergdahl is the consummate hipster, therefore, as well as a consummate honorary Doctorate of America-Hating. He switches sides at the drop of a turban. He seeks to make a separate peace with the enemy as soon as the first opportunity presents itself. He works against his own brothers in arms for the undoing of the nation that protects his friends and his family. He cares about nothing, but does so in a way that would make any Gender and Women’s Studies professor proud.

It is altogether fitting, for those who are keeping track, that the Bergdahl scandal, the product of a rotting culture and an America-loathing president (who was, after all, once a professor himself), unfolded around the seventieth anniversary of the Invasion of Normandy.

On June 6, 1944, men of considerably more substance than Bowe Bergdahl or Barack Hussein Obama leapt from Higgins Boats into a wall of Nazi machine gun fire so that men and women that didn’t even live in their own country might be free. For many of those men, the salt air in their nostrils, the steel of fear in their throats, and the determination in their guts were the last sensations they knew before leaving this life. They were the Greatest Generation. They gave their lives for others. They saw evil, knew it, and fought back.

Bergdahl’s generation, by contrast, is the Worst Generation. Save for a gallant few who people the ranks of our armed forces, some of whom died trying to rescue Bergdahl himself, Bergdahl’s generational cohort comprises a gaggle of spoiled, self-righteous whiners whose signature achievement seems to have been getting American patriot Condoleezza Rice taken off the speakers list at Stanford.

If there’s a Tibetan organic vegetable farmer who’s being unfairly treated by a Singaporean capitalist, or a bovine rights activist imprisoned in the Sudan, you can rely on Bergdahl and his ilk to “like” the denunciation of such horrors on Facebook. But when real evil–such as one might find amongst, say, serial child rapists and wife beaters whose idea of a good time is slaughtering three thousand innocent people by flying airplanes into buildings–goes abroad in the world, Bergdahl, et al., size up the situation and then decide that the terrorists probably have a good point.

We’ve been hollowed out by academia and the culture of irony.

The universities, especially the gender wing of those once-storied institutions, teach that identity is a spectrum, and that no fast choices need be made. One should adjust one’s ontology until one feels comfortable and “safe.” Hipsters revel in this freedom from allegiance. Why make hard decisions about good and evil? Why not just forego the tuning in and turning on and just get right to the dropping out?

This nihilism has now reached the ranks of our military, infecting many and confusing many more. How long will it be before the brave souls who continue to serve this country out of love and honor are outnumbered in their own ranks by college-educated hipsters incapable of understanding why they’re fighting in the first place?