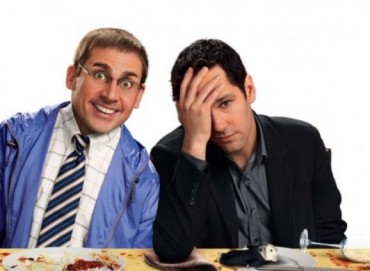 When I enrolled in German II at Ohio State University in the fall, I expected to learn the intermediate measures of the German language. As it turns out, that was hoping for too much.

Oh, don’t get me wrong. The class delved into instruction now and again, but it quickly became apparent I was the lone conservative in a classroom in which learning German took a backseat to discussions on the prowess of Barack Obama, American narcissism, the virtues of socialism, the sad plight of Chicago’s teachers, and why the U.S. military is the reason the American education system is broken, just to name a few tangents I endured over the fall semester.

I made the early mistake of participating in a classroom discussion on the Chicago teachers union protests shortly after the course launched. I pointed out to my esteemed professor – who felt compelled to defend the poor, embattled Chicago Teaches Union instead of focusing on teaching us how to conjugate verbs in German – that the average teacher in Chicago makes more than $80,000 a year. My professor reminded me that was just the average. So I reminded her the average taxpayer with a college degree makes roughly $48,000. It was all downhill from there.

In another example of a classroom lecture way off the beaten path, my medically based opposition to veganism as a broadly prescribed diet for the American public led to a peer asking me: “What, did a vegan pee in your coffee?” Where veganism fits within the German II syllabus I still have yet to ascertain.

As an aside, as the son of two Air Force veterans, I felt compelled to inform that same classmate that her zealous belief that the cost of one F-22 Raptor could fix the entire education system was something drawn from a leftwing fairytale.

But the professor, far from discouraging this manner of conversation for the sake of an education in German, prodded these classroom digressions on. She even came up with plenty of her own.

Keep in mind much of this course unfolded during the height of the presidential election season, so perhaps it’s no surprise that at one point our professor asked us to compare our intelligence to that of President Obama. Yes, you read that correctly. Our educator made it a habit of seeking to reinforce the infallibility of our Commander in Chief’s wide-ranging vision for America.

Tax rates were another hot topic of discussion. Not so much that the German citizen faces incredibly high tax rates, but rather that Germany’s high tax rate allows for an orderly state, the kind of order that places young children into differing schools based on perceived capability. Taxation that gives free healthcare, welcomed by a collective refrain along the lines of: “If only we had a freer President to give us free healthcare.” Germany, a country that “actually does something with their tax dollars” in the words of one classmate.

Obama’s sound bite during the third presidential debate about horses and bayonets allowed for yet more American criticism in German II. The German state, that peaceful nation, was applauded for being a country in which the flying of its national flag is still taboo. Meanwhile, Vice President Joe Biden’s laughing fits during his debate made him my professor’s new favorite politician, as she informed us the next day.

To be fair, German II is not only meant to teach students how to engage in lengthy discussions in the foreign language, but it also aims to teach “cultural knowledge for effective communication,” according to the university’s course description.

As such, Germans were praised not just for their high taxes, their highly structured state, and their oh-so-rich history (Nazism was largely avoided), but also for their advanced civil culture, which includes a hatred of what we in America would refer to as patriotism, which they see as simple-minded jingoism.

We were taught the German state is not yet perfect, though. They have yet to remove their broadly evident racism toward Turkish workers who, invited in following the conclusion of World War II to aide in the rebuilding effort, have yet to leave Germany.

Now whether or not the average German hates the values of the American Right is something that would be difficult for me to ascertain, as asking that question would require the use of the entire semester on a topic the course was intended to cover, rather than the “Dinner for Schmucks” I attended four times per week.