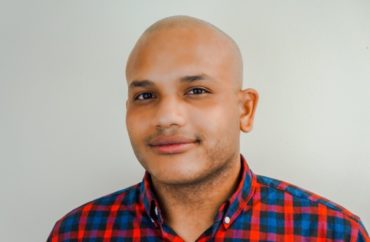 ‘College seniors, regardless of race, should walk the stage together on graduation day’

Two years ago, Harvard University held its first blacks-only graduation ceremony. The event attracted some adverse publicity, but not enough to persuade Harvard to bury the idea. In a few weeks, Harvard will hold its third such segregated commencement.

Harvard is not alone in offering black students their own separate ceremony. At the National Association of Scholars, we surveyed 173 colleges and universities across the country and found that 71 percent—125 of them—have some version of an ethnically separate graduation.

In fact, Harvard also has a separate “Latinx” graduation. Brown has its “Blackalaureate.” Columbia has both “Black Graduation” and “Raza Graduation.” These ceremonies are held in addition to the mainstream, campuswide commencements and attendance is voluntary, but they’re so popular nowadays most students take them for granted.

When I graduated from college in 2016, my university—Hofstra on Long Island—hadn’t yet caught the wave. Now it has. This year, Hofstra will hold a separate “Students of Color” graduation as well as a “Lavender Graduates Celebration” for gay and lesbian students.

But if Hofstra had offered me a blacks-only graduation three years ago, I would have refused to go. I went to college to get a liberal education, not a black education, and even then I wanted nothing to do with the new forms of Jim Crow-esque separate-but-equal.

But many black college students seem to delight in the idea of having their own separate ceremony. Harvard’s black students in 2017 raised $30,000 for the ceremony. Speaking to The Root’s Monique Judge, graduate Michael Huggins said that a black graduation would occasion an “opportunity to celebrate Harvard’s black excellence and black brilliance.”

Huggins’ words give me pause.

“Excellence” and “brilliance” are not, as far as I know, qualities that inhere in a race. Moreover Huggins’ assertion sneaks in the self-doubt of Harvard’s black students. What other ethnic group would make such over-the-top claims? Somewhere behind the declaration of “black excellence and black brilliance” lies the recognition that many of Harvard’s black graduates were affirmative action admits. The separate graduation ceremony was, in its way, as much a public confession as a “celebration.”

A year after that first Harvard black commencement, The New York Times commended “alternative” commencements like Harvard’s for becoming “more mainstream.” It noted other segregated commencement ceremonies around the country. Separate commencements, the Times would have us believe, “celebrate diversity.”

They don’t. I know something about actual diversity. I attended mostly “minority-majority” schools growing up, but on three occasions I landed at nearly all-white schools—one semester in Binghamton and Schenectady, New York, and two years in Winston-Salem, North Carolina. My best friend in college was a working class white kid from Delaware. Actual diversity is the everyday experience of getting to know people who differ from you. Skin color and the “black experience” are at most a small part of it.

But the word “diversity” is now invested with meanings that have nothing to do with actual diversity. After Justice Lewis Powell’s 1978 ruling in Bakke v. University of California, Davis, “diversity” became an amorphous first-resort argument that progressive writers and college administrators use to justify segregated initiatives. It convinces the public that dual-track admissions, segregated residences, segregated orientations, and other segregated programs for minorities encourage racial mixing, not separatism.

Segregated commencement ceremonies are the tip of the iceberg of racial segregation on campus. They are part of colleges’ racial spoils system in which minority student groups shakedown college administrators for special accommodations. That pattern began in 1969 at Wesleyan University, when Ujamaa, a black student group, occupied Fisk Hall. Black students said they occupied the building because they sensed that Wesleyan was rife with “subtle racism below the surface.” Ujamaa’s demands to President Edwin Etherington included a segregated dorm that became the Malcolm X House. Three years later, in 1972, Cornell University created an all-black dorm, Ujamaa Residential College.

Segregated commencement ceremonies evolved from these 1960s demands for segregated housing and other separate programs that colleges have created for minority students. Race nationalism was and remains the force propelling demands for similar programs today.

In 1964, the founders of the Black Student Alliance at Yale University touted that they had supplanted Dr. Martin Luther King’s vision of racial harmony with racial separatism. Writing for the Yale Daily News in 1988, student Rosanne Adderley argued that Yale’s first segregated orientation, the Puerto Rican Orientation Program, intended to foster “group consciousness” among Puerto Ricans.

Cultivating group consciousness is how identity-politics-obsessed students and administrators indoctrinate minority freshmen to reject their American heritage and see themselves locked in a prolonged struggle over the fate of Western Civilization.

University of Georgia’s Irami Osei-Frimpong, who recently declared that “some white people may have to die” for blacks to attain equality, is one example of where neo-segregationist thinking leads. Trinity College’s Johnny Eric Williamson’s recent Facebook post saying that “White kneegrows really need a lot of therapy and a good ol’ ass kicking” is another.

Over the years, minority students in segregated programs have sounded and behaved pretty much like white racists. In 1993, Brown University student Alanna Coopersmith advocated segregated housing in the blacks-only Harambee House, asserting that students had the right to choose roommates with “one’s heritage [as] a factor.” In 1995, several black women at Harambee took umbrage at an interracial relationship and “got personal in their crusade against black-white romance,” plastering the names of those who dared to break the color line on a Wall of Shame. No one was punished. In 1996, black students at Wesleyan forced school administrators to expel “non-black” students from the Malcolm X House.

These are the stories hidden beneath the veneer of diversity showcased by college presidents, journalists and career diversicrats.

Like other forms of racial separatism on college campuses, segregated graduation ceremonies erode students’ sense of common purpose. They represent a shameless betrayal of Dr. King’s dream of lifting the nation from the “desolate valley of segregation.”

The commentariat’s choice to avoid scrutinizing segregated graduation ceremonies bespeaks their refusal to discuss how race nationalism practiced by minorities has pervaded the college experience. In place of that discussion, newspapers and their friends in the diversity regime gaslight college trustees, donors, taxpayers, and most of all — students — into thinking these programs improve race relations. But the history of segregated programs and the statements of neo-segregationists show that they have widened the breach between the races.

College seniors, regardless of race, should walk the stage together on graduation day. They will have to work in the same office spaces, seek office in the same Congress, and work to sustain the American project. As students prepare to enter a world that is truly diverse, colleges should be giving them a history lesson Americans have learned painfully before: separate can never be equal.