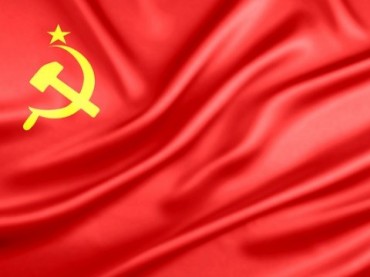 Columbia University student radicals published an activist manifesto for the new school year that declared capitalism is “responsible for countless wars, endless poverty, and mass exploitation and oppression for the sake of profit.”

The manifesto goes on to note that capitalism ultimately establishes and encourages “racist, sexist, classist and homophobic conditions.”

But it’s communism/socialism that is responsible for countless deaths – 100 million murdered and counting!

And endless poverty? Have they checked out Venezuela lately – depleted of its resources and suffering from a stagnant economy, horrific crime, and extreme poverty thanks to its embrace of socialism.

And don’t get me started on that mass exploitation and oppression bit. To suggest socialism is less exploitative and oppressive than capitalism is to ignore history and shun reality. But this idiocy isn’t just at the Ivy League schools. An event tonight at the University of Texas aims to recruit students to the International Socialist Organization.

“Capitalism has failed humanity,” the invite states. “It is a system based on profit rather than human need, and time and time again, this has led to war, poverty, racism, and environmental catastrophe.”

“Socialism is the alternative, and the International Socialist Organization is committed to fighting for that,” it adds. “Every poll on the subject shows that a majority of young people are in favor of this alternative. We have the chance to send capitalism and all its destruction into the annals of history.”

If only we could brush this off as youthful ignorance. But no, these students are pushing an agenda that could destroy the country, and it’s promulgated by their leftist professors first and foremost.

A professor at the most recent and infamous White Privilege Conference declared that capitalism causes racism and she wants to see a revolution. And a survey last year by The College Fix of 31 public and private universities across the nation found that the subject of capitalism is often either maligned, ignored, or taught from a perspective other than objective economics.

“It’s not shocking that we are seeing a rise of support for socialism and ‘socialist policies’ across campuses nationwide, seeing as many professors bring their viewpoints and opinions into the classroom,” said Ashley Pratte, spokeswoman for Young America’s Foundation, in an email interview with The College Fix on Tuesday.

“We have heard from many students that professors condemn capitalism as ‘greedy and selfish’ and that collectivism has always positively helped people,” Pratte said. “Our students are being indoctrinated at many colleges and are learning that capitalism works to the detriment of society.”

But is this passion for communism just misplaced youthful ignorance, or something more insidious? “I don’t think that this is an example of a current trend which shows that young people distrust big government—I think this is a direct result of revisionist history being taught in the classroom,” Pratte said. “We have often heard that in economics classes students are learning more about the benefits of Marxist policies rather than the work of Friedman or Hayek.”

Indeed, the College Fix survey backs that up, too.

Of the universities that did offer a class on capitalism, the survey found, they were often either: negative in tone; focused on capitalism in countries other than the United States; or were takes on the economic system from perspectives other than a business one, such as through the lenses of the humanities.

Some of the most egregious examples of a slanted look at capitalism included:

Thankfully, brave students involved in groups such as Young America’s Foundation take a stand against such biases on campus. YAF’s Freedom Week and No More Che Day expose the evils of communism through tabling, posters, speakers and similar outreach.

During Freedom Week, students construct mock Berlin Walls and celebrate the anniversary of the fall of communism, for example.

“Socialism isn’t cool, socialism restricts freedom,” Pratte said. “Many students have yet to hear that communism and communist regimes committed horrible atrocities that led to the murder of many innocent people. These communist leaders are not ones to be emulated.”

Thankfully, there are also a few professors out there who do still teach the truth, most notably, Professor Simon Bilo, who can speak to the many shortfalls of socialism because he was raised under such a regime.

Bilo says “socialist countries had a very inefficient set of social institutions which impoverished their citizens.”

“Without the ability to keep the benefits of their efforts, people do not have the incentives to be entrepreneurial and to work hard,” he told The College Fix earlier this year.

The lack of appropriate incentives and the lack of information, Bilo says, “jointly lead to high economic inefficiencies in the socialist countries,” and eventually led to the downfall of socialism in Eastern Europe.