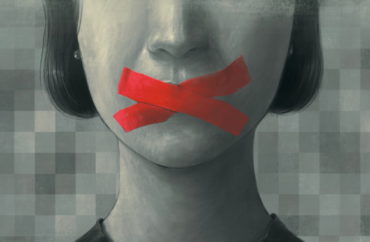 ‘Even one attack on free speech is one too many’

In 2021, 111 scholars were targeted for expressing their constitutionally protected free speech rights, according to a new report by the Foundation for Individual Rights in Education.

FIRE regards a “targeting” case as one in which a campus seeks to investigate, penalize or otherwise professionally sanction a scholar for engaging in constitutionally protected forms of speech.

“Even one attack on free speech is one too many,” said FIRE Research Fellow Komi German in a statement following release of the report. “Our colleges should be built on the foundation that differences of opinion should give rise to debate and discussion — not sanctions and firings.”

The College Fix also maintains a database of incidents in which academics have been either officially sanctioned, fired or protested on campus. The Campus Cancel Culture Database includes 349 such incidents spanning the last decade.

Conservatives who find themselves under attack on campus can utilize a number of strategies to persevere, but they should also be careful what they wish for, German said in an email to The College Fix.

“Although there’s an impulse to ‘fight back,’ often by attempting to sanction left-wing faculty, all this strategy does is perpetuate intolerance and further divide us along partisan lines,” she said.

“I think a healthier, and in the long run more effective, strategy for creating more ideological balance is to model civil discourse — that is, to resist using ad hominem attacks even when being accused of all the ‘isms,’ to be the one to recognize points of agreement between the left and right, and to support the speech rights of even those whose speech you oppose.”

“If people on the right do all of this, they’ll demonstrate that they’re the ‘bigger person,’ and either more people in the middle will join the right, or people on the left will adopt that strategy themselves,” German said.

The FIRE report noted that most expression targeted by activists occurred in the classroom, in an op-ed or blog, or in public comments. The group also found academics in the social sciences and humanities were more likely to be targeted than those in the natural sciences or other academic disciplines.

FIRE’s report includes incidents such as the case of Christopher Trogan, a Fordham University English lecturer who was terminated after he confused the names of two black students. The women complained and Trogan was fired, even though he chalked the confusion up as an “innocent mistake.”

In February 2021, Harvard canceled a class on innovative policing after activists complained the course helped target minorities. The course was taught by Kit Parker, an engineering professor who is also a colonel in the Army Reserve. Parker is also a recipient of a Bronze Star and multiple other commendations for his combat service.

Nonetheless, activists at Harvard claimed the course represented an “academic stamp of approval of predictive policing, COIN tactics deployed against Black and brown neighborhoods, and the use of data driven methods to support militarized policing of US communities.”

In a much-publicized case, University of Illinois-Chicago law Professor Jason Kilborn was suspended from teaching, forced to undergo sensitivity training, and accused of racial bias after he presented a hypothetical exam question that used two slurs, both redacted.

In December 2020, Kilborn’s Civil Procedure II question about employment discrimination referred to a hypothetical plaintiff whose managers “expressed their anger” at her by “calling her a ‘n___’ and ‘b___.’”

Kilborn is now suing the school, which has prevented him from teaching any further classes.

Report co-author Sean Stevens noted that while scholars on the right are increasingly likely to come under fire from students, colleagues, or administrators, it is also likely that the majority of academics in their database are politically left of center.

“So, in terms of volume, scholars on the left are the most likely to be targeted,” Stevens told The College Fix, adding these scholars are simply being targeted by people further to their left.

“Compared to five years ago, it seems more likely now that simply expressing mainstream conservative views is enough to trigger a targeting incident.”