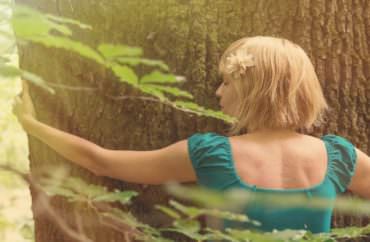 But critic says experience embraces ‘a form of pantheism’

Students at a seminary in New York City recently confessed their sins to plants during a chapel service, an experience that drew nationwide ridicule but that a campus spokesman defended as a “beautiful, moving ritual” in a statement to The College Fix.

On Tuesday, Union Theological Seminary in Manhattan shared on its Twitter account a photo of a group of students speaking to an arrangement of house plants. “Today in chapel, we confessed to plants. Together, we held our grief, joy, regret, hope, guilt and sorrow in prayer; offering them to the beings who sustain us but whose gift we too often fail to honor. What do you confess to the plants in your life?” the tweet read.

Today in chapel, we confessed to plants. Together, we held our grief, joy, regret, hope, guilt and sorrow in prayer; offering them to the beings who sustain us but whose gift we too often fail to honor.

What do you confess to the plants in your life? pic.twitter.com/tEs3Vm8oU4

According to its website, Union Theological Seminary was founded in 1836 by nine Presbyterian ministers, who were seeking a “new vision for theological education.” Long known as a center of progressive Christian theology, it has graduated and hosted liberal thinkers from Harry Fosdick to Cornel West. Elsewhere on its website it states that “the fragility of our planet” is one of “the most profoundly challenging issues of our contemporary experience.”

In a thread explaining the service, the seminary’s Twitter account posted: “We need to unlearn habits of sin and death…At first, [developing new liturgies] will seem weird. It won’t feel normal. It won’t look like how we’re used to worship looking and sounding. And that’s exactly the point. We don’t just need new wine, we need new wineskins.”

“Because plants aren’t capable of verbal response, does that mean we shouldn’t engage with them?” the thread continued, adding: “[I]f we do not change, we will perish.”

Responding to a query from The College Fix, campus spokesman Benjamin Perry wrote via email: “There’s been much discussion online about a Union chapel this week, in which the Union community was asked to engage with the plants, soil, rocks, birds, trees in our lives: confessing harm, hope, love, gratitude…It was a beautiful, moving ritual.”

Perry said the project is part of seminary Professor Claudio Carvalhaes’ class “Extractivism: A Ritual/Liturgical Response.” Carvalhaes is a self-described theologian and activist who writes on a variety of topics ranging from religion to decoloniality to U.S. immigration policy. His title is associate professor of worship.

The course catalogue entry for Carvalhaes’ class states: “In this course, we learn about the ways our world is organized around a capitalistic system called extractivism. Extractivism is the ongoing work of coloniality, the ripping off of all natural and human resources, exterminating life on earth.”

Jeff Walton, the Anglican Program Director at the Institute on Religion & Democracy—a Christian advocacy group that works to “reaffirm the church’s biblical and historical teachings” and “strengthen and reform its role in public life”— said that though the seminarians are “well-intentioned in their effort to live alongside the natural world,” the plant confessional itself was “absurd.”

“Plants cannot hear nor can they provide absolution. Environmental transgressions could be regarded as offenses against God and our descendants, but not to the plants themselves, which are not persons,” he told The Fix via email.

“I’m receptive to general revelation – a concept that the natural world testifies to the existence of God. But Union is embracing a form of pantheism. If the seminary was specifically Christian, it would point people to Jesus Christ rather than to the houseplant aisle at Home Depot,” Walton added.

Perry, the spokesman for the seminary, told The Fix that the plant-confession ritual was “just one expression of worship here at Union.”

“Union Theological Seminary is grounded in the Christian tradition, and at the same time deeply committed to inter-religious engagement. Union’s daily chapel is, by design, a place where people from all the wondrous faith traditions at Union can express their beliefs. And, given the incredible diversity of our community, that means worship looks different every day!” the spokesman said, adding:

One day, you may come in to find a traditional Anglican communion, another day you may enter into a service of Buddhist meditation or Muslim prayer. Another, you may find a Pentecostal praise service or a silent Quaker meeting. We create a home where people can worship side by side, in traditions similar to and very different to their own. Through this process, we learn from our neighbors and discern our own faith more deeply. In a world riven by religious and sectarian violence, we hope to model faith that seeks to build bridges and peacefully discern God’s will together in community.

“The diversity and breadth of our chapel services is a huge part of what makes Union Union. And we wouldn’t change it for the world,” Perry concluded.