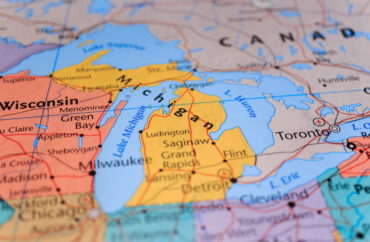 Over 94 percent of Michigan college and university faculty members that have given to federal candidates in the past two years have donated to Democrats, according to an analysis by The College Fix.

Faculty members at seven of Michigan’s largest universities gave nearly $2.3 million to Democratic federal candidates during the current election cycle, while Republican candidates only collected $134,000, according to Federal Elections Commission data collected from employees who named their employer. The data include lecturers, faculty, professors, administrators, librarians and other employees.

Of those contributions, Democratic presidential nominee Joe Biden collected $421,196, while Republican Donald Trump raised only $37,615, or just over eight percent of the total given to the remaining major presidential candidates.

In 2016, Trump won Michigan by a total of 10,704 votes, or less than one percentage point. A Real Clear Politics average of polls currently shows Trump trailing Biden by slightly more than six percentage points.

Over 59 percent of the total contributions made to federal candidates came from a single school, the University of Michigan. Democratic nominee Joe Biden has raised nearly $257,000 from the school’s Ann Arbor campus, making it the single largest Biden contributor of any school The Fix has analyzed to date.

At the U of M, Trump has raised a scant $18,886, meaning Biden has collected over 93 percent of donations to the candidates from University of Michigan faculty.

The most pro-Trump school among the universities included in the analysis was Central Michigan University, where one-third of the nearly $15,000 raised by both candidates went to Trump.

At every other school, Biden collected over 86 percent of contributions.

For all federal candidates, Eastern Michigan University was the most pro-Republican, as just over 16 percent of donations given went to GOP candidates.

A primary reason the percentage of donations given to Democratic candidates is higher than the Trump vs. Biden head-to-head numbers is because of the money donated to Democratic presidential candidates who are no longer in the race. For instance, at Michigan State University, where faculty donated nearly $532,000 to federal candidates, Trump is still being outraised by Sen. Bernie Sanders, Sen. Elizabeth Warren, former South Bend Mayor Pete Buttigieg, Sen. Amy Klobuchar, and Andrew Yang.