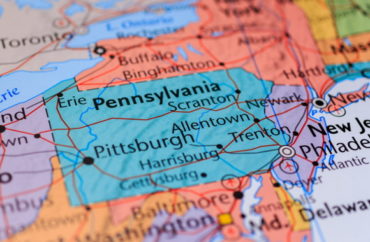 Over 96 percent of college and university faculty members that have given to federal candidates in the past two years have donated to Democrats, according to an analysis by The College Fix.

Faculty members at Pennsylvania’s eight largest universities gave over $2.2 million to Democratic federal candidates during the current election cycle, while Republican candidates only collected $83,000, according to Federal Elections Commission data collected from employees who named their employer. The data include lecturers, faculty, professors, administrators, librarians and other employees.

Of those contributions, Democratic presidential nominee Joe Biden collected nearly $414,000, while Republican Donald Trump raised only $28,400, or just over six percent of the total given to remaining presidential candidates.

Interestingly, the most pro-Trump university was the state’s largest, Penn State, where Trump has raised $14,455, or nearly 22 percent of the total funds donated to the remaining two presidential candidates.

At Penn State, however, the two largest fundraisers remain former Democratic candidates Bernie Sanders ($70,000) and Elizabeth Warren ($52,000), both of whom dropped out of the race in early spring of this year.

At every other college other than Penn State, Biden has collected more than 94 percent of the donations made from the school.

The greatest share of Biden contributions came from Carnegie Mellon University in Pittsburgh, where 98 percent of donations went to Biden, a former senator from neighboring Delaware. Carnegie Mellon was founded in 1900 by wealthy industrialist Andrew Carnegie, one of the richest men in the world at the time.

The most politically active campus in the state as measured by fundraising is the University of Pennsylvania, where faculty members donated $845,000 to federal candidates, nearly 97 percent of which went to Democrats.

Biden raised $187,489, or 97 percent of the total given to the remaining presidential candidates, from Penn, which hosts the Biden Center for Diplomacy and Global Engagement.

In February, a College Fix analysis of faculty contributions from Big Ten Conference schools found that Democrats had collected 99 percent of all the money raised. A separate Fix analysis showed that 99 percent of contributions from faculty at Ivy League schools went to Democrats. These numbers included all the Democratic candidates still in the race.

Penn State is in the Big Ten, while Penn is in the Ivy League.