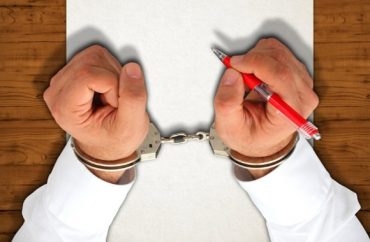 Now that blue states have come around, some Republicans aren’t so sure about the constitutional rights of students.

Last night the Republican-dominated Indiana House narrowly shot down a bill – via “lack of constitutional majority” – that would have granted minimal protections to student journalists in public schools.

House Bill 1016 would have applied to grades 7-12 and prevented schools – both traditional public and charter – from “suppress[ing] school sponsored media unless certain conditions apply.”

One of those conditions: The school can “prove” that student media “incites students to … materially and substantially disrupt the operation” of the school.

Under an amendment approved by the House, student media advisers would be obligated to notify the principal “prior to publication or broadcast” if the content “could be reasonably construed” as pertinent to one of those conditions. In other words, prior review is institutionalized under this bill.

Republican author Rep. Edward Clere said the bill “goes even further in protecting teachers, administrators and communities” than last year’s version of his bill, according to the Student Press Law Center.

Giving students barebones protection against arbitrary and self-serving censorship was still too much for Republican lawmakers who spoke against the bill, including former school administrators and Reps. Tony Cook and Wendy McNamara:

Cook said the bill would “erode the school principal’s and corporation’s authority.” He said the bill was “unnecessary” and based on “very few questionable decisions.”

McNamara said students “lack the basic brain development that they need” when referring to why children do not get full constitutional rights.

Standing room only here at the Statehouse. A Plainfield High School journalism student will be speaking in support of House Bill 1016. pic.twitter.com/S9v3qDWby9

As you might expect, Republican animus toward the mainstream media was also a factor.

Rep. Robert Morris, who bizarrely referred to principals as “the editor,” said he wanted to prevent student newsrooms from churning out “fake news on a daily basis”:

“I’ve had a handful of reporters write stories about me, and I wish they’d write more stories about the good things I do,” Morris said. “And folks, I sure wish I could teach that journalism class because I could have a lot of good stories coming out of there.”

Last year’s bill passed the House 88-4 but never got a Senate floor vote, according to sponsor Clere – a far cry from this year’s 47-46 tally, four votes shy of the required constitutional majority.

Perhaps a year of relentless mainstream media attacks on the Trump administration have led Republican state lawmakers to view student journalists in the same light.

Read the SPLC report and the bill information.