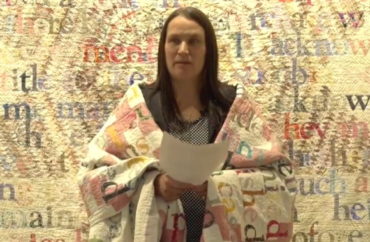 An Emily Carr University professor who made a career as an indigenous artist and scholar has resigned after it was discovered she is white.

“Gina Adams was among a group of faculty hired in a cluster in 2019 as part of a ‘commitment to reconciliation, Indigenization and decolonization,'” the Vancouver Sun reported, adding a spokesperson for the Canadian institution released a statement confirming Adams resigned from her tenure-track adjunct professor position Aug. 25.

“Emily Carr University takes very seriously the allegations that a member of our faculty made a false claim to Indigenous identity,” the statement read.

The Daily Mail reported that Adams was born in Connecticut and is actually the “white daughter of Maine pageant queen,” but claimed the “idea for her ingenious-inspired artwork came to her in ‘dreams,’ courtesy of her Anishinaabeg ancestors.”

“But internet sleuths dug into her background and found that her grandfather and relatives are in fact white, with no link to Native Americans.”

In August 2019, my former employer @EmilyCarrU hired Gina Adams, an “Ojibwe-Lakota” artist, as part of a restricted search for Indigenous faculty. Then people started asking questions about her identity— including me. My first feature for @macleans:https://t.co/vScMHM8Mfj

The issue was first reported in a very lengthy investigative report in the October 2022 issue of Macleans magazine headlined “The Curious Case of Gina Adams: A ‘Pretendian’ investigation,” which detailed Adams’ story:

In March of 2021, 19 months after Adams took the job at Emily Carr, an anonymous Twitter account called NoMoreRed­Face posted a tweet that read: “Would you FAKE a residential school survivor backstory to sell $35,000 quilts and land a tenure track professorship in Aboriginal art?” The tweet then named Gina Adams, saying that “research suggests” she had done “just that.”

The NoMoreRedFace account had begun posting in late 2020, sharing detailed and deeply researched threads investigating the claims of individuals who had leveraged their Indigenous identities for prestige and profit. No one knew who was behind it, and not everyone liked it: many Indigenous people were adamant that anonymous accusations were not the right way to deal with identity fraud. …

In its 13-tweet thread on Adams, NoMoreRedFace documented her ancestry claims, along with a family tree that disputed them. According to the thread, Adams’s grandfather was not Ojibwe at all; he was a white man named Albert Theriault, who was born in Massachusetts to French-Canadian parents.

By the time the thread was posted, Adams had been appointed as an assistant dean, featured by the Wall Street Journal and included in an exhibition of Indigenous artists at the Brooklyn Museum. Her career, which was inexorably tied to her Indigenous identity, was on the rise.

After the Twitter thread, Adams released a vague statement about her ancestry and continued to teach at the school, the magazine reported, but added the misrepresentations eventually caught up to her.

The university has now pledged to undertake an indigenous-led external review to “make recommendations for how we assess identity in a culturally-appropriate way when hiring for positions designated for Indigenous candidates,” the Sun reported. 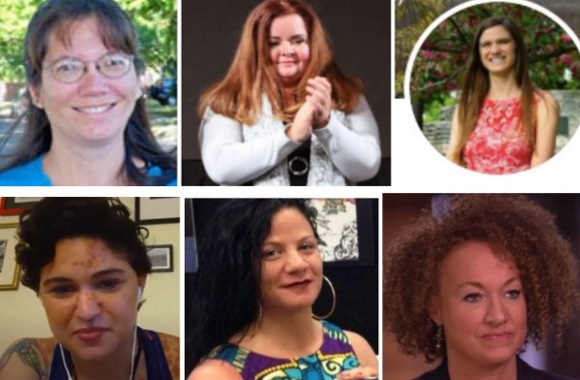 “Emily Carr University will continue making the necessary changes to ensure our hiring practices align with our deep commitment to reconciliation — and ensure that ECU continues to be an inclusive environment where Indigenous students, staff and faculty can thrive.”

The effort among some white women to get ahead in academia by pretending to be a woman of color is nothing new.

As The College Fix reported in June 2021, at least six white female academics have posed as scholars of color in recent years to advance their careers.

And these half-dozen examples do not include one of the most famous cases of all: Elizabeth Warren paved the way for this type of deception, when she infamously pretended to be Native American during her time at Harvard in the 1990s.