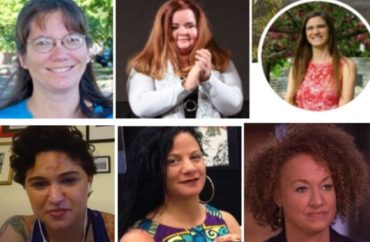 ANALYSIS: If being a woman of color is so oppressive and exhausting, as BIPOC scholars constantly claim, why are so many white female scholars pretending to be people of color?

Inside Higher Ed has an article out this week regarding a mysterious anonymous report floating around Queen’s University in Canada that alleges some faculty are faking being indigenous.

While employees at the school debate to what degree the claims are true, if at all, tucked inside the article is a summary of all the white academics who have pretended to be scholars of color over the years.

They’ve done so, as reporter Colleen Flaherty put it, “presumably to increase their clout in certain disciplines or access resources available to historically underrepresented groups, or both.” She reported:

Just last month, The New York Times Magazine published an incriminating look into long-standing allegations that Andrea Smith, a professor of ethnic studies at the University of California, Riverside, is not Cherokee. Smith didn’t respond to the Times or to a request for comment Monday, but she’s always maintained that she is Cherokee.

Before that, within the last year alone, neuroscientist BethAnn McLaughlin admitted to pretending to be a Hopi scientist on Twitter, and historian Jessica Krug was outed as pretending to be Afro-Latinx. Historian Kelly Kean Sharp resigned suddenly after it was revealed she isn’t really Chicana, and Ph.D. candidate CV Vitolo-Haddad apologized for claiming various nonwhite identities.

… Even before all that, among others, there was Rachel Dolezal, who pretended to be Black while teaching African American studies at Eastern Washington University and leading her local NAACP chapter.

The College Fix has reported on most of these examples over the years. Here is our reporting on McLaughlin, Krug, Sharp, Vitolo-Haddad and Dolezal.

But what popped out from this Inside Higher Ed report was seeing all the examples in a row like that and realizing — gosh, there are a lot of white female scholars who have pretended to be scholars of color in recent years.

As Flaherty had suggested, “presumably to increase their clout in certain disciplines or access resources available to historically underrepresented groups, or both.”

In other words, there ARE perks to being a scholar of color in today’s day and age.

So much for systemic racism and white privilege!

Editor’s note: After publication, a reader pointed out that Elizabeth Warren paved the way for this type of deception, and my post would be remiss not to mention that! She infamously pretended to be Native American during her time at Harvard in the 1990s.