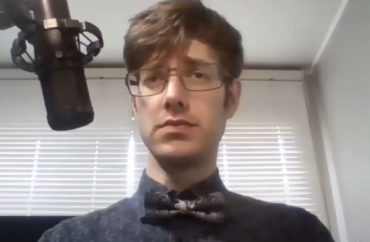 Scholar republishes it on his personal blog: ‘I offer no apology for stating reality’

A lengthy column by a professor that critiques critical race theory and the concept of “whiteness” and “blackness” was removed by an online intellectual magazine after it generated controversy.

Alaric Naudé, a linguistics professor at Suwon Science College in South Korea and head professor of its English Department, said his essay “Blackness, Whiteness and Other Mythological Creatures” was removed by the UK-based online magazine Res Publica.

The publication bills itself as providing “an academic platform where ideas and concepts can be praised and challenged.” It did not respond to requests from The College Fix seeking comment on the matter.

Naudé (pictured) said that his piece was published on February 18 and subsequently removed the following day due to complaints. He said the publication issued a public apology for sparking a “controversy.”

Naudé republished the piece on his professor’s blog on February 23 with a lengthy foreward taking on his critics and a note: “I offer no apology for stating reality.”

The scholar’s 2,663-word column argued that racism and ethnic strife is not a recent historical development, but spans human history. He also took on the “whiteness” and “blackness” trends in higher education today:

The concepts of Blackness and whiteness are in themselves deeply racist as well as highly erroneous. Both terms are used to describe individuals’ life experiences based on the tone of skin. This in turn becomes highly problematic because skin tone is a poor predicate of personal views, ethics, worldview, religious belief and of course personality. Both terms also erroneously assume the homogeneity of a very large groups of people based purely on the content of melanin or lack thereof. Simply considering some of the basic facts concerning the ethnic makeup of people with different skin tones shows exactly how crude if not laughable the concepts of Blackness and Whiteness really are, both in practice and as a theory to understand social phenomenon.

And while he does not mention it specifically by name, he argued that critical race theory is a big grift:

Firstly, racialization and concepts of race are easily accessible methods for creating support as they draw on historical injustices. Secondly, these factors also serve to create considerable financial benefits for academics who keep this concept alive. The most vocal academic proponents of this highly racialized worldview are individuals who stand the most to gain via the financial incentives such as research sponsorship or publication of their books which are bought by those who feel disenfranchised and who may have genuinely suffered or by those who wish to help. Such manipulation can rightly [be] reviewed as having a predatory aspect because it capitalizes on the suffering of others.

Naudé’s blog includes a number of his personal musings on controversial topics today, including diversity training and modern language wars.

And on his YouTube Channel, ThePonderingProfessor, he has posted videos that question diversity initiatives and academic propaganda.

Naudé, who grew up in Australia and South Africa, told The College Fix his videos aim to serve as an open forum “for thoughts which seem to be taboo in academia.”

He said he is disappointed his column was removed from Res Publica but defended the editor as a “very pleasant person and I feel sorry that she was put in this position.”

“Higher powers, which is to say stakeholders, made the decision,” he said.

He also said he has never had any affiliation with nor supported any political group, that he is politically neutral and that his piece was written solely in support of free speech and ethics.

“Within academia there are orthodoxies that have developed but these are sometimes based on less than positive grounds,” he told The Fix.

“… I felt I needed to write the article because the division of people into arbitrary groups is a recipe for creating division and not bringing people together. I firmly believe that we should see people as people, first and foremost.”