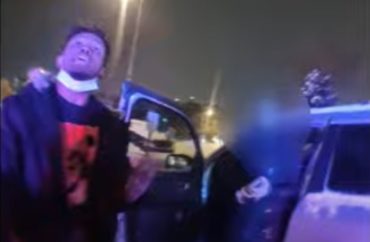 A Purdue University cop will learn more about de-escalation tactics and neither he nor a student he arrested will face charges stemming from an incident several months ago.

The Big Ten university announced that no charges would be filed against police officer John Selke or Adonis Tuggle (pictured), a black student. The resolution came after a February 4 domestic violence incident that involved the law enforcement officer, Tuggle and his girlfriend.

The implementation of the resolution will include a “reminder to the campus of any citizen’s responsibility and the legal requirement to respect promptly and peacefully the requests of a law enforcement officer.”

Purdue officials will conduct an “immediate external review of the Purdue University Police Department’s use of force policy and de-escalation training program” and will create an “action plan [with] metrics designed to prevent a recurrence of this type of incident.”

The administration will continue to recruit a “diverse police force, including Black student leader representation on search committees for PUPD leadership positions.”

“As I reviewed this case, it was clear Purdue does not have a record of racist policing toward students,” Tuggle’s attorney Andrew Stroth stated. “But I have never seen an institution respond so swiftly and positively with this kind of commitment to evaluating potential process improvements.”

Stroth did not respond to a request for comment. Tuggle could have been charged but the university and police department asked the prosecutor not to press charges.

The College Fix asked Tuggle’s lawyer Stroth if his client would pursue a civil case or additional investigation into the incident against Selke, but he did not respond.

The Purdue police declined to add any additional comment to the resolution statement. The Fix asked if any other groups would have representation on the search committees.

On February 4, Selke responded to an incident between Tuggle and his girlfriend in a car at Purdue University. After Tuggle refused the request by Selke to get behind the car, he attempted to handcuff the student.

University officials released the full bodycam footage of the entire incident, released along with the resolution.

The video shows that the two began to fight and Selke attempted to restrain the student while he called for additional officers.

In a video recorded by the student’s girlfriend, Tuggle claimed he was being choked despite talking for the duration of the video.

The group elaborated on more demands for the university in an April 13 Instagram post. The demands list included “Racial Bias Training” and the release of bodycam footage no later than 48 hours after an incident. The black student activists want the police to record all interactions that they have with student organizations and submit them on a monthly basis to the Purdue Equity Task Force and the Office of Diversity, Inclusion and Belonging.

They stated in their list of demands that these metrics should then be used to set department funding and compensation for officers.

The Black Student Union did not respond to a request for comment from The Fix on April 25 or to a follow-up on May 5 via email.