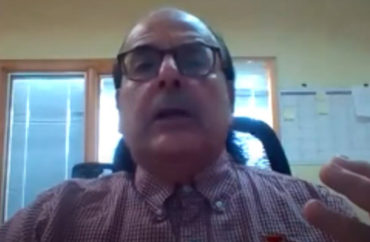 Dismissing evidence that so-called “trigger warnings” do more harm than good, an Iowa State University professor is arguing that such warnings are more necessary now than ever.

Liberal Arts and Sciences Professor Michael Bugeja, writing in Inside Higher Education, says policies regarding trigger warnings need to be updated because “times have changed.”

“Measuring distress in a clinical experiment is one thing; encouraging discussion about distressing topics over an entire semester is another,” writes Bugeja. “Warning an incoming class about the absence of intellectual safe spaces is one thing; providing those spaces is another. Concerns about threats to academic freedom is one thing; exercising freedom responsibly is another.”

As an example of a trigger warning that works, Bugeja cites campus crime alerts at Iowa State that begin by warning crime victims that the alert itself might be triggering.

“Any recipients of this notice who have been a prior victim of sexual misconduct or assault should be aware the following message could invoke an emotional response,” the alerts begin, adding the intended outcome is to “provide information that promotes safety; facilitate individuals being able to better protect themselves; and describe details regarding the date, location and type of crime involved.”

Earlier this year, Brandeis University even counseled against using the term “trigger warning” because it contained the word “trigger.”

In justifying the need for trigger warnings, Bugeja cites the widely debunked statistic that “one in four undergraduate female students and one in 15 undergraduate male students have been raped through physical force, incapacitation or violence.”

Further, a 2019 Harvard study found that trigger warnings actually may do more to traumatize sexual assault victims than they help them cope.

According to the study:

Thus, the researchers concluded trigger warnings were “not helpful for trauma survivors” and they found “no evidence based reason for educators, administrators, or clinicians to use trigger warnings.”

Nonetheless, Bugeja says he takes a poll of his class every year to determine which phrases evoke “an intense positive or negative emotion” among his students.