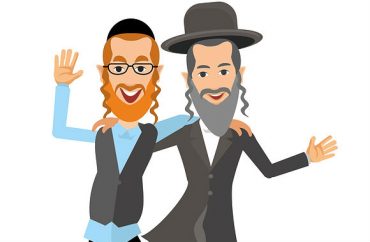 When a female student at Albert Einstein College of Medicine in New York agreed to host a party earlier this semester, she didn’t realize just how taboo the subject of Israel could be.

Her pro-Israel stance got her party blacklisted from one of the major social events of the year at the Yeshiva University-affiliated school – and she thinks antisemitism might be to blame.

Each year, Einstein students host an “Around the World” night in their apartments. They decorate each one to showcase a different area of the world, and students hop from one party room to the next to “travel” the world.

The female student, who asked that her name not be used, offered to host an Israel party in her room.

Then the complaints came in.

It wasn’t just her theme, she told The College Fix in an email: Some medical college students “were offended by the themes of several rooms including ‘African Jungle,’ ‘Hawaii’ and mine, Israel.”

Event coordinators passed along the complaints to each room decorator, and “the African and Hawaii rooms chose to change their themes to more neutral ideas such as ‘Jungle’ and ‘Islands’ to avoid offending anyone,” the student said.

But she refused to capitulate to any students who were offended, saying that she was proud of Israel and wanted to celebrate it.

That’s when “the organizers decided my apartment would be excluded from the event,” she told The Fix.

While she doesn’t “know how many students were involved in the complaint or its exact nature,” the student said she “can only surmise that the complaints were politically motivated.”

This year’s party was not the first to include an Israel-themed room, according to Yeshiva student David Mehl.

In an op-ed for for Yeshiva’s official student newspaper, The Commentator, Mehl said it was strange that the issue would come up at Einstein, which is named after the pro-Israel scientist.

The school was transferred last year from Israel-connected Yeshiva to Montefiore Medical Center, named after “a philanthropist who was one of the earliest supporters of Jewish settlement in Israel,” Mehl wrote.

MORE: Not a good year for Jewish students at California colleges

He told The Fix that friends alerted him to the situation at Einstein, and that he had verified that the female student attends Einstein and tried to host the Israel party.

Though the party shutdown has little practical bearing on Israeli affairs, Mehl wrote in his op-ed, he believes it sets a troubling precedent.

“Friends of Israel who —unlike the pro-Israel students at Einstein —abandon the cultural battlefields are helping to build a cultural wave that may turn political,” Mehl warned, saying it reminded him of how Donald Trump rose to the presidency by taking on “the forces that would censor him and others.”

“It’s hard for me to understand why someone would consider Israel to be offensive,” the party-excluded Einstein student told The Fix. “If their complaints were rooted in a denial of Israel’s right to exist, I believe that is anti-semitism.”

Anti-Israel sentiment is no stranger to elite institutions of higher education.

This spring at Columbia, an anti-Israel boycott, divestment and sanction petition garnered more than 40 faculty signatures. At Vassar, students fought anti-Israel resolutions in the student government and pro-Palestinian activists sold T-shirts to raise money for “resistance.”

A non-Jewish student leader at UCLA, Milan Chattergee, even announced this semester that he was leaving the university because he was “relentlessly attacked, bullied and harassed by BDS-affiliated organizations and students.”

CLARIFICATION: The student who was slated to host the planned Israel-themed party did not technically organize it, and she was not personally blacklisted from participating in Around the World night. She thinks antisemitism might have been a factor in the complaints that got her party canceled. The article has been amended accordingly.