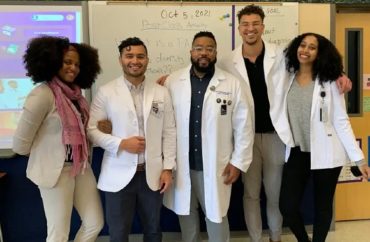 Ithaca College officials removed information on an event geared toward “BIPOC [Black, Indigenous and People of Color] middle and high school students interested in a career in medicine,” just one day after being informed of a federal complaint filed against the school.

“If you know any students who identify as BIPOC in grades 6-12 in the Ithaca Community, we invite them to sign up at the link below,” the university news release announced.

The college placed first in 2021 in a competition by Project Access for its recruitment of students into the pre-med initiative.

The College Fix reviewed a copy of the complaint from Perry, a frequent filer of Title VI race and Title IX sex complaints. Perry forwarded the complaint to Ithaca College officials on September 26.

“Perhaps the discriminatory, BIPOC-only ‘IC PA Program’ was never reviewed for legal compliance with federal civil rights laws by your office because the discrimination on the basis of race, skin color and national origin seems legally (and ethically) indefensible,” Perry stated in an email to Emily Rockett, the college’s counsel. Other school officials were included on the email. 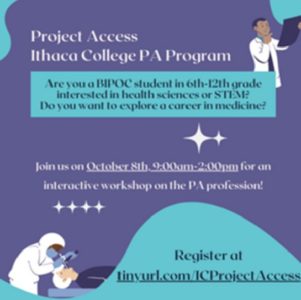 Just a day later, Perry informed The Fix that the information on the school’s website had been released.

When asked by The Fix on October 3 on why the event info was no longer visible, a program professor said the event was canceled but that the program would be offered later in the academic year.

This incident is not the first of its kind. Perry has filed more than 650 federal civil rights complaints against colleges and universities around the country. He told The Fix that incidents like this one are just part of a larger problem.

“The Ithaca College fiasco for its planned and then aborted BIPOC-only event highlights a glaring deficiency in higher education and a widespread lack of institutional awareness that there are no “unless you have good intentions exceptions” to federal civil rights laws,” Perry told The College Fix.

“I’m confident that if I hadn’t become aware of the event and then filed a federal civil rights complaint that the discriminatory, illegal event would have taken place without incident, and future BIPOC-only events would have been planned,” the professor emeritus wrote in an email to The Fix.

A similar situation played out at University of Utah. The public university removed information on its doctoral program open only to black students after Perry filed a complaint and the Office for Civil Rights opened an investigation.

A spokesperson said that the school had “not been processing applications for the African American Doctoral Scholars Initiative for more than two years,” but the same media representative told The Fix a month prior that she could not comment due to the pending investigation.

MORE: ‘Legacy of racism’ to blame for homes in disrepair, Tulane professor says 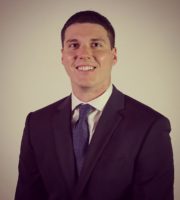 About the Author
Isaac Ebury
College Fix contributor Isaac Ebury is a student at Stetson University in Florida pursuing Business Management. He is the former Vice-President of a national fraternity on campus, Pi Kappa Phi. He is also a US Army Veteran who served in the 82nd Airborne Division based out of North Carolina.