A student at Cornell recently had an “epiphany”: “Who defines th[e] standard of professionalism?”

The concept of professionalism, Daniela Wise-Rojas alleges, “is a social construct upheld by whiteness in predominantly white spaces and elite institutions.”

Here’s how her revelation came about: She had just prepared a bowl of cereal in her dorm and was getting ready for a Zoom interview regarding a resident assistant position for the new semester.

Interview time arrived and the cereal was ready. Wise-Rojas was hungry, you see, so she asked the (male) interviewer if she could eat in between her responses to questions. Such might, she thought, help the guy see her as “real person.” 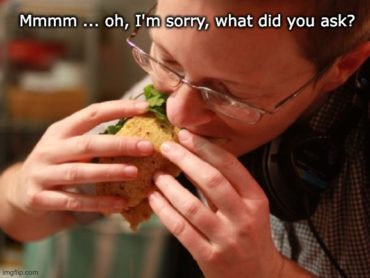 The gent said he didn’t object. When it was Wise-Rojas’ turn to ask questions, she asked what the funniest thing the guy had encountered during an RA interview.

“You eating cereal, honestly,” the interviewer replied. And then it was he who sparked Wise-Rojas’ epiphany about professionalism equaling racism/white supremacy.

Wise-Rojas then points to a Stanford University article describing the supposed “white origins” of professionalism. According to “American grassroots organizer-scholars” Tema Okun and Keith Jones, whiteness manifests itself via being on time*, using proper English and requisites of “Western”-style garb.

(* A world driven by capitalism, professionalism is based on a monochronic relationship to timeliness and work style. It centers productivity over people, values time commitments, accomplishes tasks in a linear fashion, and often favors individuals who are white and Western.” Also see here.)

“If you are white,” she says, “allow other people to follow your lead by breaking the boundaries yourself and creating safe spaces for people of color. Learn to hold institutions accountable. It shouldn’t have taken me 18 years to get there, but it did.”

One may wonder: Would Wise-Rojas lecture the minority owner of a majority-minority business — especially one in the service industry — about requiring employees to show up on time? About dressing and appearing groomed and neat? About using proper grammar and speaking respectfully?

That will help certainly help her land the job, right? Right??

UPDATE: On Friday, Reason’s Robby Soave reported on a Washington University in St. Louis online workshop titled “Is Professionalism a Racist Construct?” which makes use of Tema Okun’s “dubious work.”

MORE: ‘Identity labor’: White men the most eager to return to the office post-COVID