Chicago Tribune journalist Eric Zorn has ended up turning down an invitation to speak at DePaul University after a student newspaper column condemned his “racism.”

Late last month, a pair of DePaul students wrote that Zorn never should have been invited to participate in the “Tough Times for Local Journalism” panel because he dared to opine that people should not make snap judgments whenever there is a police shooting.

Zorn made the claim regarding 13-year-old Adam Toledo, a Hispanic boy, saying it was prudent to await police bodycam footage.

For Sonal Soni and Nadia Hernandez, to even suggest that a young teen should be shot — even in self-defense — is beyond the pale. “Selecting Zorn to speak at DePaul shows students of color that the school has no regard for their physical or mental wellbeing,” they wrote.

They got their wish. In a Thursday column, Zorn explained his decision not to attend journalism discussion. 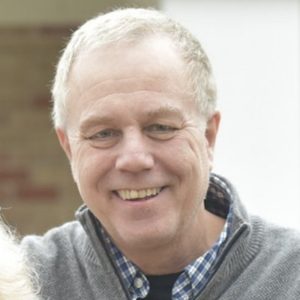 “I didn’t want to see a forum on the future of local journalism involving several of my former colleagues derailed by those who might have responded to the call to confront me at the event,” Zorn (left) said. “They didn’t agree to give up their Wednesday evenings for that.”

Zorn says he took heat from editors of The DePaulia, the student paper, accusing him of being “terrified of being ‘cancelled’… (and of) engaging in conversation.” And either Soni or Hernandez (Zorn doesn’t specify) said she didn’t regret what was said in her editorial.

When Zorn wrote to the editors asking them to send him any questions they’d like answered, they chickened out. Their reply: The DePaulia staff has “taken this as a learning experience and are hoping to move on. Hope you can do the same.”

The paper’s faculty advisor told Zorn Soni and Hernandez “understand what they did wrong and are moving on,” adding “they are students and will learn from their experience.”

Sorry not to be moving on, as requested, but I’m not going to cede my reputation and good name to anyone who makes a public stink about what they think I wrote rather than what I actually wrote and who tries to deny me the opportunity to speak to a willing audience.

In addition to the “hundreds of letters” of support Zorn said he received, two DePaul students backed him in a DePaulia letter to the editor:

“Eric Zorn is neither a racist nor a contributor to ideologies of hate. The DePaulia op-ed authors fail to mention that Zorn almost immediately, following publication of his column, wrote a follow-up saying he regretted the “analytical tone” of the first column …”