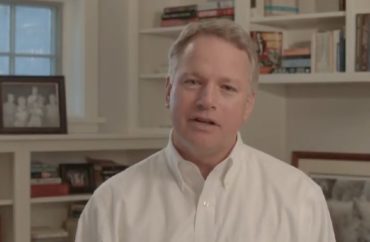 Admitted it violated agreement with him, but claims it didn’t harm him

The University of Illinois argues that it can violate a contract with a professor as long as the breach itself doesn’t cause harm to the professor.

An Illinois court disagreed, denying the university’s motion to dismiss a nearly $8 million lawsuit by Joseph Petry that stemmed from its continued investigation into a student’s claims that he offered her better grades for sex.

Petry (above) agreed to resign in exchange for the administration dropping the investigation, but university lawyers tried to get out of the April 2019 contract less than a day later, he claims.

It investigated him for “nearly a full year” before admitting the student’s claims were “not credible,” but didn’t announce that it had cleared him. In contrast, the university told the media early on it was investigating Petry for “the safety and security of students and employees.”

The university’s own “admission that it continued the investigation in violation of the Agreement,” and Petry’s allegations of lost wages from the investigation, mean that his breach-of-contract lawsuit can continue, the Illinois Court of Claims ruled last month.

The two-page ruling suggests that the court saw no merit in the university’s distinction between a breach by itself and damages that resulted from that breach. It was a “half-baked argument concocted to delay the inevitable,” Petry’s lawyers said in a Jan. 27 press release that includes each party’s filings and the Jan. 19 ruling.

A university spokesperson told The College Fix it had “not admitted to any element” of Petry’s lawsuit, despite the court’s wording, and “the lawsuit is still in its earliest stages.”

The university’s motion to dismiss was based on its argument “that even if the facts he alleged were true, he could not establish that his alleged damages were the result of the University’s investigation,” Robin Neal Kaler, associate chancellor for public affairs, wrote in an email.

Petry’s 23-year-old accuser, Sundas “Summer” Naqvi (below), was charged in December with filing false police reports against an ex-boyfriend. She awaits further action on charges of residential burglary and criminal damage to property against a second ex-boyfriend.

The first ex-boyfriend claimed that Naqvi’s friend, 24-year-old William Farrell, held him at knifepoint while Naqvi deleted information from his computer that held potentially exculpatory information on Petry. She was acquitted in December on charges of intimidating him.

At Farrell’s sentencing hearing, Champaign Detective David Monahan said it was “very, very clear there’s a lot of lying, criminality, obfuscation and digging deeper and deeper into a hole.” He received three months in jail and 30 months of probation. 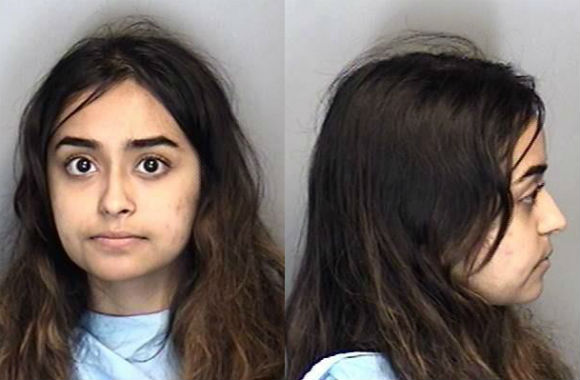 University blames his ‘own history of sexual misconduct’ without citing any

The university disputed that it destroyed Petry’s reputation and employment opportunities by continuing the investigation in violation of its contract with him.

In his brief objecting to its motion to dismiss, Petry expressed outrage over the suggestion that UI can “entice a faculty member to resign as part of an agreement to minimize the damage to his reputation, deliberately breach the agreement, and then escape liability by twisting the facts alleged” to suggest that its behavior “somehow caused no harm.”

The university’s investigation into Petry found that he had been in communication with Naqvi over social media and exchanged photos with her. Petry claimed he didn’t know she was a former student in his class, and that he met her online.

He apologized in 2019 for his “poor judgment” and for placing himself in a “compromising position harmful to many.” But Naqvi was trying to “blackmail” him into changing her bad grade: “At no point did I demand sex from her, and at no time did I offer to change her grade, nor did I ever do so.”

Petry’s lawsuit cited a witness who claimed that Naqvi “wanted to destroy his reputation to get revenge” when her alleged plot failed.

UI hinged its argument for dismissal on the legal distinction between a mere contract breach and damages that result from that breach.

Its brief said “an allegation of a breach is not enough to state a claim for breach of contract,” and Petry failed to adequately state the alleged resulting damages. The university simply “decided to complete its confidential investigation of the student’s accusations against Petry.”

Contrary to Petry’s claim that UI’s breach led to his loss of employment, the university blamed his “own history of sexual misconduct.” Its brief doesn’t spell out this alleged history, however.

While Petry claims to have submitted more than 40 job applications with no success, he “does not allege that any of these prospective employers were aware of the circumstances of his departure” from UI, “let alone of an ongoing investigation.”

For Petry to “successfully hide the conduct that lead [sic] to his resignation,” it would have implicitly required UI to support him in a “cover-up attempt,” the university argues.

Petry cannot prove there would have been no media coverage if it had promptly ended the investigation, the brief claims, saying that many of the news articles he cites “do not even mention the investigation.” UI didn’t harm him by declaring its commitment to “the safety and security of students and employees” when it continued the investigation in spite of the contract.

Any damages for mental distress were a result of “Naqvi’s actions, media attention, and the loss of economic prospects that resulted from [Petry’s] own admitted conduct,” UI said.

Its brief notes the university’s final report exonerated Petry and found that “Naqvi lacked credibility.” Petry himself declared that “he believed an investigation would clear his name,” so the university couldn’t have contemplated mentally harming him by potentially “partially clearing” his name.

Petry’s damages claim from the university’s intrusive questioning into his sexual relationships also “rings hollow,” UI says. It noted he didn’t participate in the investigation after April 12, the date of his resignation agreement.

Finally, UI claims that it does not owe Petry attorney’s fees because he hasn’t shown “how he was forced to retain counsel” after refusing to participate in the investigation.

Judge says University of Illinois admitted to breach of professor’s contract, allows his suit to continue by The College Fix on Scribd

‘No media attention’ before university confirmed it was investigating him

It’s “improper” for the university to ignore Petry’s allegations in a motion to dismiss, his reply brief says.

He agreed to resign precisely to “avoid the mental stress and emotional harm” that would accompany an investigation.

Yet the university went on a “scorched earth” campaign to destroy Petry’s reputation when he refused to renegotiate, the brief says, allegedly quoting an official. “This campaign was successful.”

Petry cited the university’s failure to substantiate his supposed “history of sexual misconduct,” which is because “there is no such history.” UI itself “found that he had not violated any of its sexual harassment policies.”

The university’s continuation of the investigation “emboldened” Naqvi for the first time to make her allegations under her own name, which attracted “negative media attention” and gave her more credibility, the brief claims.

It notes that “no media attention was given” to Naqvi’s anonymous claims on Reddit before it “publicly confirmed that it was continuing an investigation” into Petry’s conduct: Media attention “followed on the very same day.”

One article from the News-Gazette referenced the investigation “extensively,” according to the brief, which also cites a May 2019 article from The Fix. Media publicity bolstered Naqvi’s claims, because readers would assume that UI had good reason to breach its contract in the face of “particularly egregious” accusations.

MORE: Students sue university for prejudging them after rape accuser goes to prison

UI’s investigation report, which found that Petry violated an unrelated provision of its code of conduct, is online and “can be seen by any subsequent potential employer.” It could not have reached this finding, or made it public, if the university hadn’t breached his contract, Petry argues.

The mere accusation of sexual assault, regardless of later exoneration, can “subject the accused to lasting reputational damage and harassment,” the brief says: This is “exacerbated in the Internet age.” The university’s truth defense – that it can say whatever it wants to the media – is contingent on its violation of Petry’s contract.

Even Petry’s apology for exercising “poor judgment” – not sexual misconduct – in online interactions with Naqvi was a result of media coverage sparked by UI’s breach, he says. It “forc[ed] him to speak out” lest UI’s suggestion that Petry was guilty “go unrebutted.”

Petry’s willingness to resign and “make such a sacrifice plainly signaled the importance to him of avoiding an intrusive investigation into his sexual life,” the brief says.

Combined with the “explicit threat” from university counsel Scott Rice that UI would pursue a “scorched earth” policy against him, the contract violation was “particularly likely to result in severe emotional and mental distress.”

Petry says he incurred attorney’s fees while responding to the fallout of the UI investigation, a direct result of its breach, alongside a “stalking no-contact order against Naqvi.” These fees are “an appropriate item of damages under Illinois law.”

In the original lawsuit, Petry approximates that $103,000 of the sought $7.9 million in damages is from attorney’s fees. (UI’s motion for dismissal incorrectly states it as $130,000.)