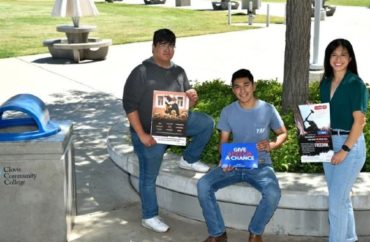 Clovis Community College officials cannot censor student flyers while legal challenges continue against the school’s policy, prompting students who are fighting the battle to be cautiously optimistic as the case proceeds.

Students at the California community college will now have greater speech protections moving forward thanks to the judge’s Oct. 14 ruling implementing a preliminary injunction.

U.S. District Judge Jennifer Thurston said officials could not continue to prevent students from posting flyers due to potential “inappropriate or [offensive] language or themes.”

Previously the community college had denied a request from Young Americans for Freedom chapter members to hang posters that criticized socialism.

“The students who do know about it are very happy to see a win for free speech on our campus,” Juliette Colunga, the chapter president and a plaintiff, told The College Fix in a November email.

“The judge’s ruling on the preliminary injunction is absolutely a great step in the right direction for us, but the fight is not over at all. We will continue to stand up and fight for our free speech,” Colunga told The Fix.

Colunga, Alejandro Flores, and Daniel Flores, all members of the college’s YAF chapter, sued administrators in August 2022 to stop a ban on the flyers they posted, which were critical of socialism and authoritarianism, according to their federal complaint.

Attorneys from Foundation for Individual Rights and Expression represented them in the lawsuit.

Defendants include three administrators at Clovis, including President Lori Bennett.

Colunga said she had received supportive comments from many peers, including liberal students.

“There have been a surprising amount of students come up to me and say that they’ve heard about what’s going on,” Colunga continued. “Even some liberal students that are initially skeptical about our story are later shocked to hear how the school is treating free speech once they learn all the facts of the story.”

At the time of the incident, in November 2021, Clovis’s Young Americans for Freedom student organization requested to put up flyers for the national organization’s “Freedom Week,” which were approved. The flyers showed images and text critical of socialist and authoritarian regimes.

“Freedom Week,” aims spread the message that “progressive ideas have led to the oppression and deaths of hundreds of millions around the globe,” according to the event’s website. 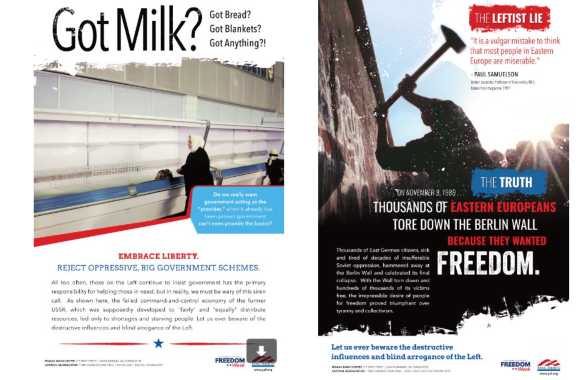 Clovis administrator Leslie King wrote to the students that she had “talked to several people that are very uncomfortable with it, and one person said they would file a harassment claim if these posters don’t come down,” according to an email obtained by FIRE.

However, “administrators of public colleges cannot ban a student group’s flyers because some found the message inappropriate or offensive,” according to the students’ August 11 complaint, The Fix reported on August 25.

“The preliminary injunction order is good news for the Plaintiffs (our clients), because it means that while the case is pending, Clovis can’t enforce its ban on inappropriate or offensive language against student flyers,” Jeff Zeman, a FIRE attorney, told The Fix in an email.

“We asked for a preliminary injunction in this case because the policy at issue continued to violate our clients’ rights, and we needed the court to stop it,” Zeman stated.

“This is a big win for the plaintiffs. … We’ve also asked that, at the end of the case, the court grant a permanent injunction,” Zeman stated.

The Fix reached out to Stephanie Babb, director of marketing and communications at Clovis, who deferred to DeMaria Law Firm, the university’s representation.

The Fix asked the firm whether the university had implemented any new flyer policies since the injunction was issued, what the defense’s next steps will be, and whether it expects success in the pending court decision following the injunction. No response has been received.