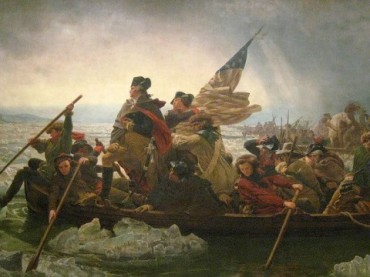 You know things are bad when even a supreme court justice is talking revolt.

Supreme Court Justice Antonin Scalia, after delivering prepared remarks before a standing-room-only crowd at the University of Tennessee College of Law on Tuesday, was asked by a student about the constitutionality of the income tax.

Justice Scalia, according to the Knoxville News Sentinel, replied that the government has the right to take his money. “But if reaches certain point, perhaps you should revolt,” he reportedly told the young man. …

He talked about the time he joined with the majority in 1989 in declaring that flag-burning was constitutionally protected speech.

Clearly, there’s a mood in the country that Scalia and most Americans can feel resonating. Scalia talks of peaceful revolt. The folks at Bundy Ranch may have had their own take on the subject. But make no mistake – Americans are fed up.

And college students are no exception. While exorbitant taxes might not rile them up (yet), they have had it with their government.

Just look at a report The College Fix offered in Aug. 2013 in the wake of the NSA spying revelations:

As far as tax revolts go, some 240 years ago, colonists fed up with an oppressive government and exorbitant taxation crept onto a ship and threw some tea overboard.

That act of defiance helped spark the American Revolution.

Today, hard-working Americans face similar circumstances: the state and federal government takes nearly half our paychecks plus taxes everything we buy; the Internal Revenue Service illegally stymies conservative activists; the feds spy on us in violation of the First and Fourth Amendments of the Constitution; President Obama flouts Congress and the rule of law at his discretion to implement collectivist policies, recently illustrated in his cherry-picked changes to Obamacare’s implementation.

Laissez-faire capitalism is on life support and the U.S. economy is crippled, perhaps beyond repair. The national debt is nearing $100 trillion dollars when factoring in future entitlement costs such as Medicare and social security. Free choice, economically and in our personal lives, is quickly becoming a thing of the past, if not already extinct by most accounts.

Hey, I’m not the only one throwing it out there. I’m in good company.