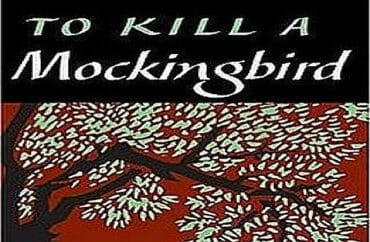 In yet another controversy surrounding the Harper Leigh classic “To Kill a Mockingbird,” the visiting basketball team at a Virginia high school match-up got fired up about an assignment related to the novel.

At the end of February 19’s game at Western Albemarle High School (WAHS), members of the Fluvanna County HS girls team used an English classroom as their locker room due to multiple games being played around the same time.

According to NBC-29, a WAHS student’s “Mockingbird” poster assignment was discovered on a desk in the room and contained a racial slur along with images of guns and the Ku Klux Klan.

The Fluvanna team believed the poster “was directed toward them.”

WAHS Principal Darah Bonham refuted that notion, saying a student in the class had “brought [the] poster in yesterday afternoon, and had not [yet] been turned in or evaluated by the teacher.” It was merely an unfortunate circumstance that the Fluvanna team happened upon it without any related context.

Charlottesville activist Tanesha Hudson is asking parents to attend the Albemarle County School Board meeting on Thursday, February 22, to address the issue. She says that there are a million different ways to teach the novel that don’t include using racial slurs, and that the teacher should explain this assignment to the public.

“I want all of these parents to come to the school board meeting on Thursday at Albemarle County at 6:30, public comment at 8:51,” says Hudson. “We need to be there and let them know this is unacceptable.”

The school says the poster was on a student’s desk and was removed before any pictures could be taken, and it wasn’t intended to be seen in this context. Hudson, however, questions why the poster was allowed in a room designated for a basketball team’s use in the first place. She says the room should have been off-limits during the game. …

Bonham says the incident was unfortunate, and believes there was no intent to offend anyone.

NBC29 also asked the principal about the possibility of somebody planting the poster in the classroom during the game, and he said that was highly unlikely. He says the team discovered it during half time and then reported it after the game.

Hudson says incoming superintendent Matt Haas told her that he believes that the poster was placed there by Western Albemarle cheerleaders, though Haas has specifically refuted this point in a conversation with NBC29 Tuesday evening.

Indeed, Superintendent Haas issued an apology for his hypothesizing, noting the comments “were not an official statement” and that he “should not have made them […] while an investigation was incomplete.”

MORE: ‘To Kill a Mockingbird’ nixed as it ‘perpetuates racist thoughts’

MORE: District bans ‘Huck Finn,’ ‘To Kill a Mockingbird’ due to racist terms