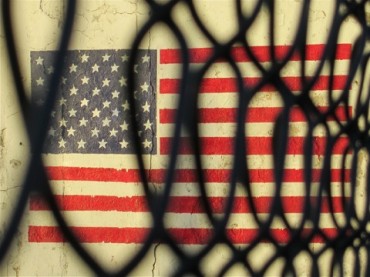 Renowned University of Tennessee law professor Glenn Reynolds – addressing rumors that President Obama might employ executive action to grant blanket amnesty to millions of illegal immigrants (thereby sidestepping the required Congressional approval for such a move) – turns to the U.S. Constitution for answers.

Such an action would be an extraconstitutional coup, entirely justifying the impeachment talk.

Actually, it might justify more. I can imagine governors — Rick Perry, perhaps — simply taking matters into their own hands. They’d have a better argument for self-help there under the Constitution — Article I sec. 10′s authorization to go to war when actually invaded, or in such danger as will admit of no delay — and the federal government’s default on its duty under the Constitution to protect them from invasion. There’s a lot of room for constitutional self-help there, and realistically what’s Obama going to do about it?

And therein lies how concerned Americans must combat Obama’s abuses of power; not with rhetoric – but with the rights outlined in that beautiful and brilliant document our Founding Fathers left us. Here is the specific clause regarding states’ rights:

No State shall, without the Consent of Congress, lay any Duty of Tonnage, keep Troops, or Ships of War in time of Peace, enter into any Agreement or Compact with another State, or with a foreign Power, or engage in War, unless actually invaded, or in such imminent Danger as will not admit of delay.

Even if that clause’s intent was regarding a uniformed military invasion, make no mistake – our southern border is absolutely being invaded today by a different type of army – and amnesty would only guarantee that many, many more will try to subvert our laws and storm the border. And if the federal government won’t defend our borders – maybe the states will.