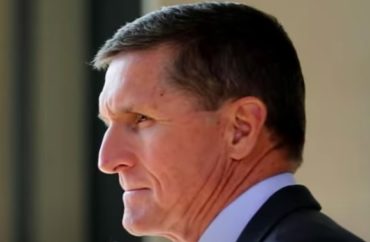 If you paid even a little attention to the news last week, you’ll know that the US Department of Justice dropped the criminal case against former Trump Administration National Security Advisor Michael Flynn.

As might be expected, mainstream media outlets panned the move. CNN, for example, called it a “a broadside against the Mueller investigation and the FBI.”

NPR pleased headline-only readers with “Michael Flynn Pleaded Guilty. Why Is The Justice Department Dropping The Charges?” while Politico framed the decision as a “remarkable reversal two and half years after Flynn initially pleaded guilty.”

Vox.com managed to track down eleven “legal experts,” mostly law professors, who, echoing the tone of the MSM, all happen to agree the reason the DOJ dropped the Flynn case is partisan “politics.”

Duke University’s Lisa Griffin, whose recent work deals with “the criminalization of dishonesty in legal institutions and the political process,” told Vox that Attorney General Bill Barr has “sacrificed the integrity of the Justice Department and undercut the rule of law” with the Flynn move.

The University of Georgia’s Diane Amann said Barr’s decision was “highly unusual” and “truly extraordinary.” Loyola’s Jessica Levinson claimed Barr “has been a wonderful attorney for the president, but not always for the American public,” and wondered if the DOJ would have made the move had Americans not been distracted by the coronavirus pandemic.

Other profs’ takes on the decision:

Ohio State’s Joshua Dressler: It’s “another attack on the rule of law perpetrated by those working in the Trump administration.”

Brooklyn Law School’s Miriam Baer: “Another chip in the [DOJ’s] veneer of neutrality,” and “further evidence that the agency has become dangerously politicized.”

Jimmy Gurulé of Notre Dame: “The rule of law is in imminent peril” and Barr’s DOJ “will be remembered” as the “most politicized” in American history.

Ric Simmons of Ohio State: The “credible” evidence shows Barr’s move was political and was “contrary to the longstanding tradition” of an independent DOJ.

Stetson University’s Ciara Torres-Spelliscy, a former aide to Democratic Senator Richard Durbin: The Flynn decision was an example of “corruption” … just like the recent (unanimous) US Supreme Court decision against “Bridgegate.”

To assist in sifting through this invective and hyperbole, here is a bit of reading material. Because there is another (very rational and reasonable) side.