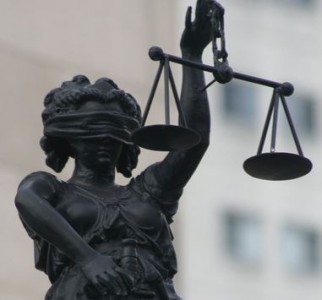 A male student suspended from school through 2020 by a James Madison University appeals panel that found him guilty of having sex with a female student allegedly too drunk to give consent has filed a lawsuit against the university, claiming his due process rights were violated and that he is innocent.

The lawsuit, filed May 11, states the freshman male student had consensual sex with a freshman female student twice over the course of the fall 2014 semester, a connection that included friendly texts.

But their relationship ended abruptly after the female student, called Jane Roe in court documents, came to his room and found another woman on his bed. Her allegation was lodged after that.

The male student points out that the original hearing over the allegation found him not guilty of sexual misconduct, but that officials – under public pressure to avoid a new controversy about their sexual assault claims process – decided to let stand the subsequent appeal that found him guilty, the suit states.

The university was already under national scrutiny for its handling of a previous sexual misconduct complaint, including being mocked on The Daily Show with Jon Stewart. Because of this, the lawsuit claims, administrators spent much handwringing over their sexual assault processes in 2014, and it was amidst this atmosphere that the allegation was lodged.

James Madison University, in a statement provided to WHSV, has denied the male student’s claims.

“The university has followed its policies and procedures written to comply with federal guidelines,” its officials stated. “This is an example of the complexities involved in sexual misconduct cases. A university is not a court of law and the same rules that apply in criminal cases do not apply to student conduct proceedings. No matter how the proceedings are handled, at least one of the parties will likely be unhappy with the results and may choose to go to federal court.”

According to the lawsuit, the two students involved were freshmen assigned to live in the same dorm. After that, the allegation that the first incidence of sex was not consensual was filed.

The lawsuit states an original hearing in December 2014 that allowed testimony from witnesses found the male student not guilty. But Jane Roe filed an appeal, claiming new evidence, one of which was a voicemail that she was drunk, a message time-date stamped 24 hours prior to the sexual act in question.

“Though this drunken voicemail left by Jane Roe occurred more than 24 hours before Jane Roe and plaintiff had sex for the first time, Jane Roe now claimed in her appeal statement that the voicemail was evidence that ‘I was drunk and unable to give consent’ with plaintiff,” the lawsuit states.

It adds the male student could not appear before the appeals panel to argue on his behalf and could not present his side of the story verbally or in another form regarding the “new evidence” – nor would the panel hear live testimony from anyone who testified at the original hearing.

At the end of its meeting on Jan. 8, 2015, without providing any reasoning, the panel ruled the male student should be suspended through the spring semester of 2020 to allow Jane Roe to complete her undergrad studies at the school without having to run into the male student.

Administrators signed off on the decision, the lawsuit states.

The suit declares that the male student’s constitutionally protected due process rights have been violated and demands he be reinstated at James Madison, among other rectifications.

At least 69 similar cases alleging due process and other violations in adjudicating sexual assault claims have been filed in recent years against colleges and universities, according to a database maintained by A Voice For Male Students.