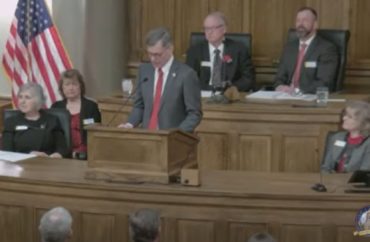 Legislators have passed an annual budget that defunds the Gender and Women’s Studies program at the University of Wyoming.

“The University of Wyoming shall not expend any general funds, federal funds or other funds under its control for any gender studies courses,” according to the February 25 budget amendment.

The prohibition extends to “academic programs, co-curricular programs or extracurricular programs” for gender studies. That portion could face First Amendment challenges as it would seem to prevent the university from hosting some speakers or giving funds to a student feminist club.

Wyoming legislators are correct to exercise their shared governance power to determine what degrees will and will not be funded at a public university.

There are potentially thousands of degrees and certificates that could be offered at any time, and it is entirely appropriate for the legislators to exercise oversight and prudential spending.

Students at the University of Wyoming have already determined they are not interested in the program – only six total bachelor degrees were awarded in the major in 2021.

Five of those were secondary degrees awarded to students who majored in another program as well. With approximately 2,200 undergraduate degrees granted, WGS majors comprise .02 percent of diplomas.

Six degrees is a high amount of the program – in 2020, the WGS department awarded three degrees, the same as it did in 2019.

One Democratic state senator said that it is not the job of the legislators to determine what the taxpayer-funded University of Wyoming does.

“I think it would really be disappointing if the university would go down that path where we started to decide what can and can’t be taught, which books we can and can’t read,” Chris Rothfuss said during debate. “Those kinds of things — they’re just not consistent with the mission of a university,” Rothfuss said, according to the Washington Examiner.

It is “consistent with the mission of a university” and the duties of the state’s legislative body to determine what degrees receive funding and what do not.

MORE: There is no inherent right to tenure, Fix editor says