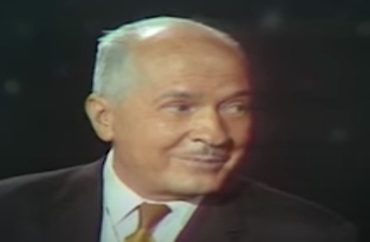 Way back in 1959 legendary science fiction author and political libertarian Robert Heinlein was quite clairvoyant in predicting the demise of our culture due to misguided progressive policies and beliefs.

You may have seen the popular film Starship Troopers, but unfortunately director Paul Verhoeven virtually completely ignored the very foundation of the novel, not to mention much of its discussion of politics and history.

The society which Heinlein imagines in the book came about due to processes we see happening today: politicians who couldn’t care less about their constituents while enriching themselves, who use the military as cannon fodder for every conceivable non-military purpose, and a party which claims to care about “science” all the while relying on preposterous theories … the results of which have made society more dangerous. 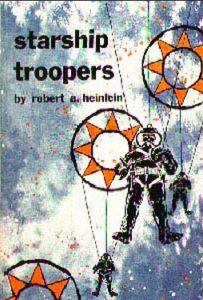 Much of Troopers’ “future history” is told via high school teacher and former infantryman Colonel Jean DuBois to protagonist Juan Rico (by the way, how is that for diversity — a novel from the 1950s in which the main character is Filipino and whose family speaks Tagalog?). In one scene, students in DuBois’ class are horrified that children couldn’t play in city parks in the 20th and early 21st centuries because they had been taken over by thugs.

Take a glance at the current news regarding New York City, Portland, Minneapolis, Chicago and Seattle.

Such situations came about because one, the parents of these delinquents either were absent, did not care, or treated their offspring like they could do no wrong, and two, because elected officials and bureaucrats refused to hold the delinquents accountable.

MORE: Most parents still ‘adulting’ for their grown children: survey

“They (20th century psychologists, et. al.) assumed that Man has a moral instinct,” DuBois tells his class. “[Man] has a cultivated conscience, a most carefully trained one. Man has no moral instinct. he is not born with moral sense. You were not born with it, I was not […] we acquire moral sense, when we do, through training, experience, and hard sweat of the mind.”

[These] unfortunate juvenile criminals were born with none, even as you and I, and they had no chance to acquire any; their experiences did not permit it. What is ‘moral sense’? It is an elaboration of the human instinct to survive. The instinct to survive is human nature itself, and every aspect of our personalities derives from it. Anything that conflicts with the survival instinct acts sooner or later to eliminate the individual and thereby fails to show up in future generations.

But the instinct to survive can be cultivated into motivations more subtle and much more complex than the blind, brute urge of the individual to stay alive. [What one] miscalled ‘moral instinct’ was the instilling in you by your elders of the truth that survival can have stronger imperatives than that of your own personal survival. Survival of your family, for example. Of your children….of your nation. And so on up.

[These] juvenile criminals hit a low level. Born with only the instinct for survival, the highest morality they achieved was a shaky loyalty to a peer group, a street gang. But the do-gooders attempted to ‘appeal to their better natures,’ to ‘reach them,’ to ‘spark their moral sense.’ They had no ‘better natures’; experience taught them that what they were doing was the way to survive. The puppy never got his spanking; therefore what he did with pleasure and success must be ‘moral.’

The basis of all morality is duty, a concept with the same relation to group that self-interest has to individual. Nobody preached duty to these kids in a way they could understand — that is, with a spanking. But the society they were in told them endlessly about their ‘rights.’ “ 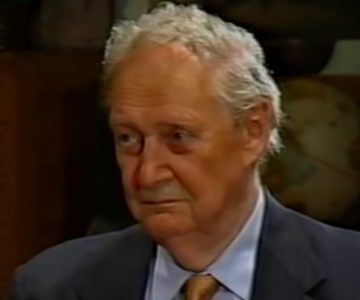 In his 1997 book “Slouching Towards Gomorrah,” Judge Robert Bork (at left) wrote “We have learned that the founders of liberalism were wrong. Unconstrained human nature will seek degeneracy often enough to create a disorderly, hedonistic, and dangerous society. Modern liberalism and popular culture are creating that society.”

Regarding the “do-gooders” Heinlein mentions, Bork wrote that these individuals will also flatly declare something a “right” (see for example, healthcare) which means there can be no further discussion on the matter. “In fact,” Bork says, “reason suggests the non-existence of an asserted right is viewed as a moral evil by the claimant.”

American historian Christopher Lasch, whom Bork quotes, said “Liberals have always taken the position that democracy can dispense with civic virtue. According to this way of thinking, it is liberal institutions, not the character of citizens, that make democracy work.”

The reality, Lasch says, is that “formally democratic institutions” are not sufficient for a “workable social order.” If you doubt this, merely look at the conditions in our cities … which “approach those of the Third World.”

MORE: Scholars forced to teach students value of failure
because parents coddled their kids too much