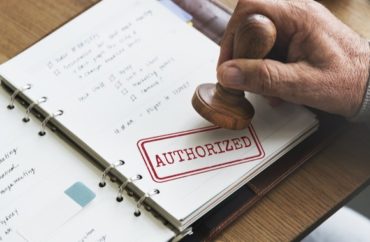 ‘Taken to the chief of police’s office to be admonished’

Asking students to write on a beach ball and talk about marijuana got Mike Brown in trouble with his public college.

Requiring students to get advance permission before sharing their opinions got Jones County Junior College in trouble with a civil liberties group.

The Foundation for Individual Rights in Education filed a First Amendment lawsuit against the Mississippi college on behalf of Brown and his Young Americans for Liberty chapter.

They claim that student handbook policies constitute a prior restraint on student speech and fail to provide constitutionally required “narrow, objective, and definite standards,” as articulated by the Supreme Court.

Brown and non-student staffers for the national YAL organization had two run-ins with administrators and campus police during the spring semester while promoting the new campus chapter.

The non-student staffers were also threatened with arrest if they didn’t leave, and Brown was “taken to the chief of police’s office to be admonished” for speaking on campus “without the administration’s prior approval,” the suit alleges.

FIRE warned the taxpayer-funded institution in a May 16 letter that the policies enforced against Brown and the chapter were unconstitutional, and offered to help the college reform its policies.

It escalated the matter to litigation after receiving no response, FIRE said in a press release Wednesday.

“Some people get in trouble for smoking weed, but at Jones College, I got in trouble just for trying to talk about it,” Brown said in the press release, referring to the two-year college by its preferred name. (The better known Jones College was a four-year Florida school that shuttered two years ago.)

“College is for cultivating thought and learning and encouraging civil discourse with your peers. That’s not what’s happening at Jones College,” Brown (below) said.

The administration did not respond to a request for comment via email or phone from The College Fix. 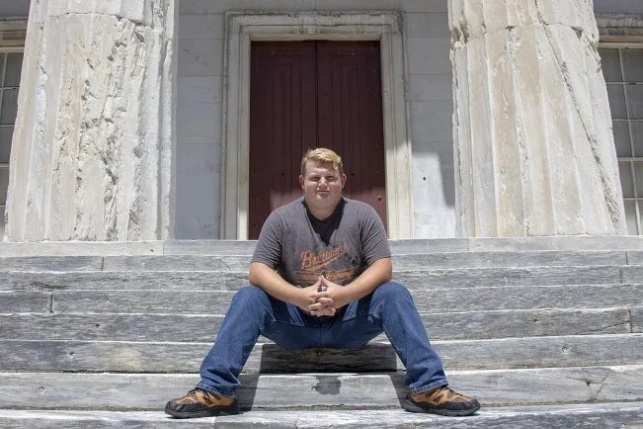 Mad that ball had ‘profanity written all over it’

Unlike other colleges that have restrictive policies on the books but deny they are enforced, Jones College actively enforced the policies at issue in the lawsuit.

“Any student parade, serenade, demonstration, rally, and/or other meeting or gathering for any purpose, conducted on the campus of the institution must be scheduled with the President or Vice President of Student Affairs at least 72 hours in advance of the event,” one such policy reads. It threatens “proper disciplinary action” against students “assembling for any meeting not authorized” under that permission process.

Brown started a YAL chapter in August 2018, according to the suit, which was filed Tuesday. He and YAL staffer Mitch Strider, a former Jones student, went around campus with a “free speech ball” to recruit for the club.

They invited students to write whatever they wanted on the beach ball and talk about “civil liberties issues important to YAL.”

Conservative and libertarian student groups have often used free speech balls to gin up interest in their clubs, drawing scrutiny from administrators who accuse them of violating speech-zone policies.

One such incident led a public college to widen its tiny “free speech zone” to settle litigation by a conservative club. At another college, a student identifying himself as “Karl Marx” stabbed a free speech ball.

Brown and Strider didn’t draw any scrutiny until they reached their third spot on campus, next to the “Administration Building.” Dean of Students Mark Easley and other staffers told them to take their ball and go home “because Brown had not submitted the necessary paperwork and followed the necessary procedure” to use it on campus, according to the suit.

The dean called Chief of Police Stan Livingston (left) on the YAL duo. While Easley and Livingston spoke to each other, Director of Human Resources Luke Hammonds complained that the ball had “profanity written all over it.”

The police chief ordered Brown and Strider to come to his office, the lawsuit claims. Livingston told Brown “if he had an ‘agenda’ and wanted to ‘do this’ he needed to ‘clear it’ with Gwen Magee,” who was then the interim vice president of student affairs. The chief then told non-student Strider he would need to leave campus or risk arrest.

Several weeks later, another encounter with Livingston convinced Brown and the chapter to cease “expressive activity” altogether on campus.

Brown, his girlfriend, and another YAL national staffer sought to recruit members April 4 by asking passersby how they felt about marijuana. He held a sign listing three options for them to pick: illegal, legal medicinal use or legal for recreational use.

Like the event with the free speech ball, the sign was intended to spark a conversation with students about YAL’s political positions, according to the brief. The trio also carried pamphlets and copies of the Constitution.

Hammonds, who had complained about profanity on the free speech ball in February, approached the three and recognized Brown from that incident. When Brown confirmed he didn’t talk to the police chief about the marijuana polling, Hammonds called campus police.

The officer who responded, Kim Dikes (right), refused to tell Brown what policy he had violated, the suit claims. Instead she told him: “That’s illegal, first of all, and you’re on a school campus.” (It’s not clear whether Dikes meant marijuana is illegal in Mississippi. Possession is not a criminal offense in the state, according to the Marijuana Policy Project.)

The officer “wrote down their names, phone numbers, addresses, and student identification numbers” from their driver’s licenses and student IDs. Livingston, the police chief, then arrived and scolded Brown again for activism without permission.

The chief was especially harsh on Nathan Moore, the YAL national staffer. When the libertarian refused to hand over his driver’s license, Livingston ordered him to leave and threatened to arrest him if he returned to campus, according to the suit.

Livingston told Brown and Moore in separate encounters that they were “interrupting the education process.”

Back in his office, the chief accused Brown of trying to make him “look like a fool” by engaging in activism without permission. He ordered Brown not to cause any more “trouble” before the end of the semester. Easley, the dean of students, came to Livingston’s office and reiterated the students must get permission from Magee “before conducting any ‘events’ on campus.”

No one in the YAL campus chapter or national organization has “engaged in expressive activity” since that day, “for fear of disciplinary action, removal from campus, or arrest,” the suit reads.

These actions by administrators and police “would have chilled a student of ordinary firmness from exercising their right to free speech.”

Campus officials may be personally liable for damages

FIRE’s May 16 letter to President Jesse Smith (below) faults the college’s policies on multiple levels: They encompass “all campus speech,” require advance permission from two administrators, and don’t lay out the process for approval in any detail.

Even worse, if the YAL chapter obtains official campus recognition, “it will be subject to similar, if not more onerous, prior approval requirements,” wrote Marieke Tuthill Beck-Coon, FIRE’s director of litigation. 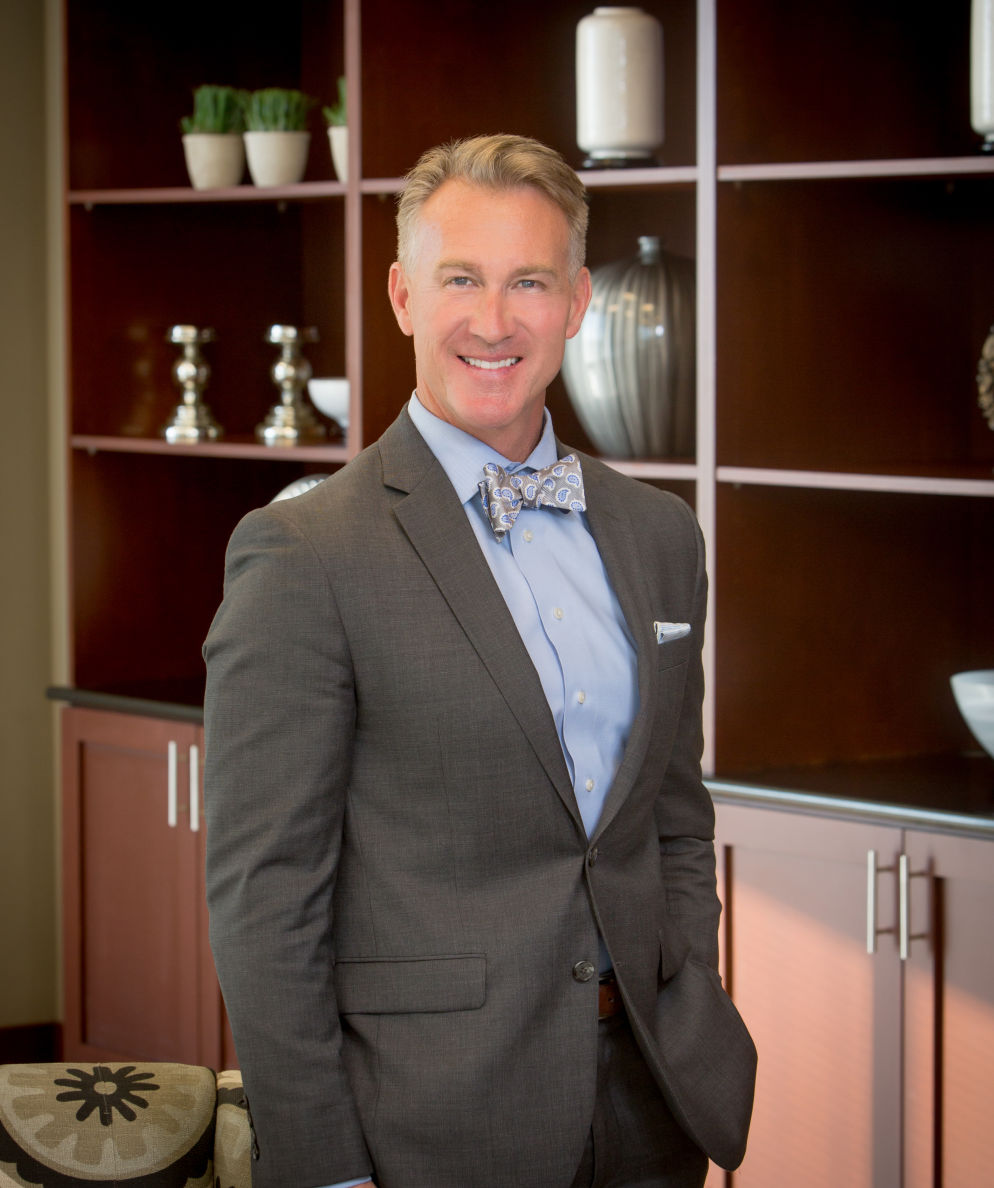 She also warned that the college’s written ban on “public profanity” – mentioned in the encounter with the free speech ball – “is an impermissible restriction on the content of speech.”

College officials can’t claim ignorance that requiring prior permission for expressive activity on campus is “highly disfavored under long-established law,” Beck-Coon continued, and has been struck down specifically by the 5th U.S. Circuit Court of Appeals, which has jurisdiction over Jones.

Easley and other administrators who were directly involved would not have “qualified immunity” if a court determines they violated “clearly established law,” the lawyer continued. They could be personally on the hook for monetary damages for violating the students’ First Amendment rights. (The suit names Smith, Easley, Magee and Livingston as defendants in their “individual and official capacities.”)

To add insult to injury, college policy requires students to wait for one official – Magee – to be available on campus so students can get permission for activism, Beck-Coon wrote.

Magee, who is currently executive vice president of student affairs, was not on campus when Brown and YAL did the event with the free speech ball. Livingston told Brown he would have to “come back the following week to meet with Magee.”

JCJC cannot lawfully maintain opaque and undefined policies and practices that direct all students to Magee’s office—inaccessible on days she is not present—to seek her approval for even simple, non-disruptive expressive activities protected by the First Amendment, such as holding up a sign.

“Students shouldn’t have to seek permission — then wait three or more days — before they can exercise their First Amendment rights,” Beck-Coon said in the group’s release. “If a ball threatens the administration so much that they call campus police, no speech is safe at Jones College.”