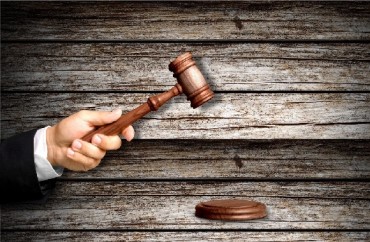 A judge has ruled that a student seeking to sue Washington and Lee University for wrongfully expelling him over a so-called “gray rape” allegation may proceed with his lawsuit.

U.S. District Judge Norman K. Moon ruled Aug. 5 in favor of setting a trial date after finding the student had successfully casted doubt on the accuracy of the outcome reached against him during campus proceedings.

“Plaintiff’s allegations, taken as true, suggest that W&L’s disciplinary procedures, at least when it comes to charges of sexual misconduct, amount to ‘a practice of railroading accused students,’” stated the judge, citing precedent.

The female student who lodged the charge against John Doe has claimed she was the victim of nonconsensual intercourse, or “gray rape,” what Cosmopolitan defines as “sex that falls somewhere between consent and denial and is even more confusing than date rape because often both parties are unsure of who wanted what.”

The plaintiff filed his lawsuit last December, stating the university subjected him to disciplinary actions “in an arbitrary and capricious way, and in discrimination against him on the basis of his male sex.” He accuses the private, liberal arts university in Lexington, Va., of gender bias in violation of Title IX.

The student claimed he was denied legal counsel and representation during the course of the school’s inquiry, that his case was mismanaged and rushed before the Student Faculty Hearing Board, and that Jane Doe’s decision to claim rape was influenced by controversial statements made by the university’s Title IX coordinator Lauren Kozak.

Shortly before Jane Doe officially lodged the assault claim, she listened to a campus talk by Kozak in which the administrator discussed an article, “Is it Possible That There Is Something In Between Consensual Sex And Rape . . . And That It Happens To Almost Every Girl Out There?” It was during this talk Kozak reportedly suggested regret over a sexual encounter equals rape, the judge’s ruling stated.

However, Charlottesville-based The Daily Progress reports Kozak denies advancing such a sentiment.

The plaintiff was a junior in the Pi Kappa Phi fraternity at the university when the alleged assault occurred. According to the judge’s memorandum, the students met at a February 2014 party held off campus, where they both consumed alcohol, made-out, then went back to the defendant’s dorm room where they engaged in sexual intercourse.

Before the encounter, the plaintiff said he recalled the defendant saying, “I usually don’t have sex with someone I meet on the first night, but you are a really interesting guy.”

“During this time, Jane Doe never asked plaintiff to stop or advise him that she did not want to have sex,” the memorandum states.

The next morning, John Doe’s roommate said “he woke up to hear them talking and the ‘tone of voices was normal and nothing indicated to [him] that anything strange had occurred between them,’ and he recalls that he ‘got a positive vibe from [plaintiff] about the encounter’ afterward.”

Further, Jane Doe reportedly relayed the night’s events to a friend and told them “she had a good time last night.”

Following that evening, they became friends on social media – and later she replied to one of his texts, saying she agreed they had a pretty good connection. They continued to socially interact at parties, and reportedly engaged in intercourse for a second time.

But then, at a St. Patrick’s Day party, Jane Doe reportedly saw John Doe kiss another woman “and left the party early, upset,” the ruling states.

During the summer of 2014, Jane Doe spent time working for a women’s clinic that helps sexual assault victims, and began to talk with the staff about her first sexual encounter with the plaintiff.

“In July 2014, Jane Doe told a friend that she had been sexually assaulted,” the judge’s memorandum states. “Around the same time, Jane Doe applied to be a peer counselor at W&L. In a section of her application labeled ‘life experiences or personal anecdotes you have that you think may help make you qualified to be a peer counselor’ she presented experience and research done in connection with ‘grey rape,’ stating that she had performed a ‘Google search’ and found ‘grey rape’ and that she was happy to know that there was ‘some tangible definition’ for what she claimed to have experienced. She presented her desire to ‘voice [her] story.’”

Eight months after the incident, Jane Doe reported to the university’s Title IX officer that she had been a victim of nonconsensual intercourse with the plaintiff, the ruling states.

John Doe is suing the university for monetary damages, for his disciplinary record to be expunged, and to be reinstated as a student at the university.

Brian Eckert, the executive director of communications and public affairs at the university, was unavailable for comment Friday on the judge’s decision. Eckert told The Daily Progress that “we remain confident that we correctly follow our university policies and procedures that have been developed to be consistent with federal mandates.”

The recent ruling has been called a “huge finding” by Washington Examiner reporter Ashe Schow, who points out other judges have thrown out similar Title IX gender bias claims.

“That John was able to continue with a discrimination claim may affect future cases (although it is not guaranteed that he will ultimately win this case or that W&L won’t choose to settle instead),” she noted, adding “it is not all good news for John. His two other claims — break of contract and lack of due process — were dismissed by Moon.”