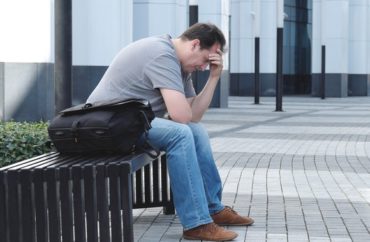 If you can’t name examples of white privilege, ‘that in itself represents a privilege’

A required course at an Idaho community college instructs students to identify privileges specific to men, whites and members of the “majority religion” in the region, according to a “privileges activity” that a student’s parent shared with The College Fix.

When the student disputed the assumptions in the exercise and said other groups have their own privileges, the instructor and other students “shamed him in a sexist and racist way while claiming their virtue signal points,” the parent wrote in an email.

The experience led the student to request a meeting with the College of Eastern Idaho’s dean of student affairs, Michael Walker.

While the student was able to express his complaints to Walker, the dean recommended he put up with the bias in the class and just try to finish, the student told The Fix via email.

“We have no record of a complaint regarding [the instructor] either with our Dean of General Education, Dr. Angela Sackett, or the Dean of Student Affairs, Michael Walker,” a spokesperson for the college told The Fix in an email.

The student was surprised to learn that his conversation with Walker wasn’t counted. “I thought by talking with him I was filing an official complaint,” he told The Fix: He specifically mentioned a complaint both when scheduling the meeting and in the meeting itself.

The Fix is not identifying the instructor because it could make the student and parent, who requested anonymity, easier to identify. The instructor has not responded to queries sent Thursday.

The College of Eastern Idaho only became a community college three years ago. Before that it was known as Eastern Idaho Technical College.

The introductory course on oral communications “cited White Male Privilege as a fact rather than a hypothesis that could be debated,” the student’s parent said, sharing the syllabus, textbook section on “self-concept” and the privileges activity.

The privileges activity followed a textbook passage that students read on “Communication and the Self” and the “self-concept,” which is “a set of relatively stable perceptions that each of us holds about ourself [sic],” including physical features, “emotional states, talents, likes and dislikes, values, and roles.”

While the top of the activity warns students that they may “feel that their identity is being challenged or questioned,” the first page focuses on a shallow example: privileges enjoyed by “attractive people.”

It says such people “are listened to more” than unattractive people and are “offered small favors more readily.” It asks students to think of five examples of such privilege, and which ones are so common that they become “expectations” for privileged people.

The introductory paragraph on attractiveness seems intended to prepare students to consider more loaded forms of privilege that follow on the second and third pages.

“Clearly, these privileges are not given to ALL attractive people ALL of the time; they are just tendencies that occur on a fairly regular basis,” it explains:

[B]eing a member of a privileged group does not mean that you didn’t work hard to get where you are; it simply means that some of the barriers that less-privileged groups face were less likely to impede your progress.

Without warning, the activity asks students to list male privileges and expectations for men. Next:

Just as there are privileges that come with attractiveness or being male, there are also privileges associated with race. This is certainly true for individuals belonging to the majority Caucasian population in the United States.

Students who can’t come up with examples of white privilege must realize that “that in itself represents a privilege,” according to the activity. The final question asks for examples of privilege for members of the Church of Jesus Christ of Latter-day Saints, the “majority religion” in eastern Idaho.

“Please note that the focus of this assignment is identifying privilege, not to single out or pick on any one group of people,” the activity says in the LDS section, adding that LDS members elsewhere may not have these privileges.

‘Might talk about’ female and black privilege ‘another time’

The student told The Fix that he was “unhappy with” the privileges activity and the one-sided class discussion that followed. Other classmates as well as the instructor “spent half” of the time talking about “white straight males” as being “garbage” and having innumerable “advantages over everyone else” in society, he said.

“There wasn’t really a debate,” the student continued: When he tried to debate the validity of these ideas, he “kept getting shut down by the teacher,” who told him that his counterpoints were merely his own “personal experiences.”

He disputed that males “don’t have to worry about walking home alone in the dark,” as the class generally agreed. “I said it was bullshit and every guy I know and have talked to is scared of the dark when they are alone,” the student told The Fix.

He asked why the class wasn’t considering “female privileges or black privilege,” which prompted a “non-committal” statement from the instructor that “we might talk about those another time.”

At one point the student was accused of exerting his “male privilege” by “interrupting” females in the class, but “I did not do anything of the sort,” he said. While he “waited until they were done talking before talking myself,” several females interrupted him “and they did not get reprimanded.”

The student said he talked to “about a quarter of the class” about the assignment before the session, and they “agreed with me that it was bullshit,” yet no one else spoke up with those views. He doesn’t know if fear motivated their silence, or if they “just decided it wasn’t worth arguing” and endangering their grade.

Dean Walker allegedly told the student at their meeting that he was personally a friend of the instructor’s and could pass along the student’s concerns. “Other than that he told me to just stay in the class and try to just get through the semester.”

The student said he’d have to petition the CEI board in order to change classes now, so his plan for the moment “is to just sit through the class and just do the tests and whatnot.”

The administration asked The Fix for time to research the complaint about the privilege activity. A day later, Vice President of Academic and Student Affairs Lori Barber wrote in an email that it had found no complaint regarding the instructor.

When a student “has a complaint or concern,” Barber said, there are “internal procedures by which they can resolve an issue or at least permit the College to provide context.” The college can’t address any complaint “[u]nless or until the student follows our established protocols,” which is why the student should “file a complaint with either Dean.”

She can’t say more because of federal student privacy law, “but would be glad to address this with the student directly,” Barber said.

Given CEI’s response to The Fix that he hadn’t filed an official complaint, the student said he wasn’t sure it was worth doing now: “It might be too late to file one to be taken seriously.”

MORE: Prof under investigation for saying ‘black privilege is real’