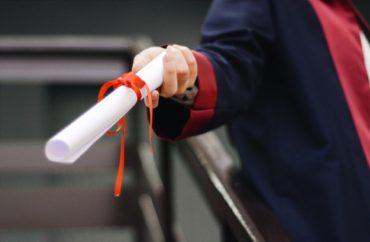 More than 40 percent of all for-profit college programs, over 30 percent of private non-profit programs, and more than 18 percent of public programs would fail to meet proposed federal “gainful-employment” standards, according to a study released Wednesday and reported on by Inside Higher Ed.

These standards could be used to deny these institutions federal funding.

The U.S. Education Department put in place the Gainful Employment Rule in 2014 “to protect students from low-quality postsecondary programs that often left them with unaffordable student debts and non-transferrable credits,” according to a June 8 news release from the Institute for College Access and Success, which administered the study.

“Gainful employment” is a standard that has been used by the U.S. Department of education that measures whether debt students incur in college is proportionate to their earnings after they graduate, according to Inside Higher Ed.

For a college program to pass the gainful employment test, it had to prove that the program’s “average graduate debt-to-income ratio was over 12 percent.” If it failed the test for two years, it could lose federal aid.

The program was canceled in 2014, but President Joe Biden has moved to restore it since taking office.

The Education Department proposed in January reinstating the gainful-employment rule. The new draft of the proposal proposed two metrics: one that would evaluate college earnings relative to student loan debts, while another would compare earnings to those of high school graduates in their states, Higher Ed Dive reported.

Under Biden’s proposed change, the institute’s study found that “nearly double the number of for-profit colleges would not meet gainful-employment standards compared to the original 2014 rule,” Inside Higher Ed stated.

“The basic economics of a college education, even if a student does not complete it, is supposed to be associated with higher earnings than if that student had not attended college at all,” Marshall Anthony, research director at The Institute for College Access and Success, told IHE.

“Failing [general education] programs, especially the disproportionately substantial share of failing GE programs at for-profits, are in fact not ensuring students an adequate return on their education.”