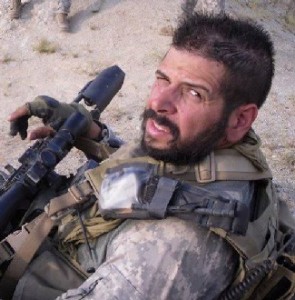 Daily we Americans learn of the latest “trauma” that has sent some group of college students into a tizzy: a microaggression, or grad speaker, or opinion, or phrase, or (insert just about anything here) that prompts these delicate snowflakes to scurry away, call for “safe spaces,” and demand said “offenses” cease and desist.

Sometimes they’re indignant that a controversial concept was broached. Other times they feign outrage and distress to push their ideology on the rest of the campus and their peers. And there are even some who are literally so sheltered and narcissistic that they have no concept of the real world, and think it actually revolves around them.

Much has been written lately about this trend of whiny, wimpy, withering college students. One of the most prominent pieces was in Sunday’s New York Times, where Judith Shulevitz opined that these kids are eager to self-infantilize and noted they’re constantly worried about “whether acts of speech or pieces of writing may put them in emotional peril.”

Writing for Reason, staff editor Robby Soave recently compared these fretting young people to the toddlers in his mother’s nursery school, and noted “caving to students’ demands for trigger warnings and safe spaces is doing them no favors: it robs them of the intellectually-challenging, worldview-altering kind of experience they should be having at college. It also emboldens them to seek increasingly absurd and infantilizing restrictions on themselves and each other.”

Good points all. Even liberals have started to bristle at these thinned-skinned campus kerfuffles.

From my vantage point as editor of The College Fix, I have chronicled the minutia of this movement, and at times I’ve wanted to climb to the highest mountain top and scream at the top of my lungs: You do not have the right not to be offended! Last fall Andrew Klavan brilliantly put these kids in their place – explaining to them what real trauma is.

In that same vein, I came across a piece that precisely conveys my contempt for the politically correct campus sniveling that never seems to cease. Posted on The Federalist, it was written by Chris Hernandez, a Marine veteran and current National Guard soldier who served as a combat veteran in Iraq and Afghanistan and logged more than two decades of military service.

It opens with Hernandez telling the tale of a Marine who crashed in a helicopter during a training exercise, a man who ended up covered in grotesque burn scars and other maladies. This guy had survived, his head in flames, as he crawled over his buddies trapped in the wreckage. The Marine told Hernandez “the day I can’t talk about it is the day it starts to haunt me.”

I’m no stranger to trauma, and I’ve dealt with it by writing and talking about it. I suppose I’ve always defined “trauma” the traditional way: a terrible experience, usually involving significant loss or mortal danger, which left a lasting scar. However, I’ve recently discovered my definition of trauma is wrong. Trauma now seems to be pretty much anything that bothers anyone, in any way, ever. And the worst “trauma” seems to come not from horrible brushes with death like I described above; instead, they’re the result of racism and discrimination. …

I’ve reviewed these reports of “trauma”, and have reached a conclusion about them. I’m going to make a brief statement summarizing my conclusion. While I mean this in the nicest way possible, I don’t want victims of microaggressions or supporters of trigger warnings to doubt my sincerity.

Yes, f*** your trauma. My sympathy for your suffering, whether that suffering was real or imaginary, ended when you demanded I change my life to avoid bringing up your bad memories. You don’t seem to have figured this out, but there is no “I must never be reminded of a negative experience” expectation in any culture anywhere on earth.

If your psyche is so fragile you fall apart when someone inadvertently reminds you of “trauma,” especially if that trauma consisted of you overreacting to a self-interpreted racial slur, you need therapy. You belong on a psychiatrist’s couch, not in college dictating what the rest of society can’t do, say, or think. Get your own head right before you try to run other people’s lives. If you expect everyone around you to cater to your neurosis, forever, you’re what I’d call a “failure at life,” doomed to perpetual disappointment.

Oh, I should add: f** my trauma, too. I must be old-fashioned, but I always thought coming to terms with pain was part of growing up. I’ve never expected anyone to not knock on my door because it reminds me of that terrifying morning decades ago. I’ve never blown up at anyone for startling me with a camera flash (I’ve never even mentioned it to anyone who did). I’ve never expected anyone to not talk about Iraq or Afghanistan around me, even though some memories still hurt. I don’t need trigger warnings because a book might remind me of a murder victim I’ve seen.