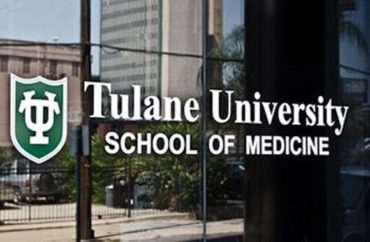 Some doctors were ‘subjected to seven hours of stereotyping and shaming,’ professor

A veteran psychiatrist and professor at Tulane University School of Medicine condemned as racially divisive and harmful a diversity, equity and inclusion programming at his medical center.

Dean Robinson, a visiting fellow at Do No Harm, described an “outbreak of mass irrationality” at the prestigious medical school and hospital where he works and teaches in a December 3 op-ed for National Review.

“It now appears that Tulane School of Medicine has revised its mission to ensure that our faculty and students receive indoctrination that divides us into either ‘oppressors’ or ‘victims,'” Robinson wrote.

At a required DEI retreat, Robinson and his psychiatrist colleagues “were subjected to seven hours of stereotyping and shaming,” he wrote.

The retreat “stigmatized white people as being responsible for the ongoing oppression of others and insisted that the only way Caucasians may demonstrate opposition to racism is to acknowledge and admit to being racist,” according to Robinson.

Robinson grew up witnessing overt racism in Louisiana, so he supports and considers to be useful “optional courses covering cultural sensitivity, diversity, and related issues for the faculty and staff.” But Tulane was promoting something different and harmful, he stated. The event occurred in October.

Doctors told that equity should be their first priority

The DEI training Robinson attended clarified that equity should be prioritized over care for patients regardless of background.

“We were essentially told that providing equity in access and outcome should be our goal in medicine, rather than providing the best care to the patient in front of us.”

Most of his colleagues did not comment throughout the session or afterwards, Robinson wrote.

“This will now inhibit our interactions 365 days a year,” he continued. “Physicians, and especially psychiatrists, must be willing to delve deeply into the history and sensibilities of each patient to provide the best treatment.”

“Instead, my colleagues and I are increasingly concerned that our frank guidance could be interpreted as microaggressions or manifestations of our ‘oppression’ and ‘privilege,'” the professor wrote.

“Out of self-preservation, we are thus likely to limit the instruction and feedback we give future physicians, depriving them (and their future patients) of the skills vital for optimal treatment,” Robinson wrote.

Robinson also wrote of the chilling effect of Tulane’s “bias in curriculum reporting form,” introduced in October, which allows any student or resident to initiate an investigation into any instructor for any reason. “Naturally, there is no standard for what constitutes a transgression.”

These measures, Robinson asserted, are counterproductive to promoting unity and solidarity among doctors and serving their patients well.

“Future physicians cannot remain focused on perceived grievances and still fully attend to the real medical needs of our patients,” he wrote. “Institutional denial of this priority is one condition I just don’t know how to treat.”