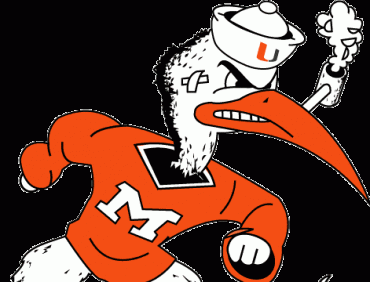 The orchestrator of the events that led to the initial scandal for the Miami Hurricanes football and basketball teams is Nevin Shaprio. Shapiro is infamous for running a $930 million Ponzi scheme through his grocery business, Capitol Investments USA. Shapiro’s deceitful and lucrative business unraveled in 2009 after one of his investors sued him for not making payments. The suit forced him into involuntary bankruptcy.

In 2010, Shapiro was convicted for securities fraud and money laundering. He was sentenced to 20 years in prison. However, Shapiro was not just criminal; he was also an enthusiastic Miami Hurricanes booster. Following his downfall, Shapiro made claims that he had provided thousands of impermissible benefits to over 72 Miami athletes from 2002 to 2010. The list of benefits given to players was both lengthy and alarming. It included money, prostitutes, bounties for injuring opposing teams’ players, restaurant and nightclub visits, and allegedly, once, an abortion.

The benefits accepted by players from both Miami’ football and basketball programs obviously breached several bylaws of the NCAA. And, for the past two years the NCAA has been gathering evidence to determine just how many rules the university broke and how harshly they should be punished.

For the past two seasons, the university has elected to exclude its football program from post-season competition while they waited for the hammer to drop. But, in January, the NCAA put its case against the university in jeopardy after admitting to improperly gathering evidence in the case, thus making the evidence unusable.

During the investigation someone from the NCAA paid an attorney to conduct two depositions of witnesses involved in Shapiro’s bankruptcy case, even though Shapiro’s case was not directly connected to the University of Miami.

Essentially, the NCAA – the judge, jury and executioner in college sports – broke its own rules.

The admission was a striking blow to the credibility of an organization that is often criticized and accused of abusing its power. It also makes proceeding in the probe on the university a messy affair. NCAA president Mark Emmert has claimed to be outraged by the misconduct, but has also asserted that it was a rogue action; an isolated incident that shouldn’t discredit the whole investigation. Nonetheless, despite the setback, the NCAA has planned an internal investigation into the misconduct to sort out what can still be salvaged.

This is an interesting development for the University of Miami. It’s possible that this misstep could prevent the NCAA from giving it the severe penalties that were expected, although a penalty-free outcome is still unlikely.

In addition, a new South Beach scandal has marred the university. The Miami New Times broke the story after a three-month investigation: They concluded that the Miami anti-aging clinic Biogensis likely is responsible for providing a host of illegal performance enhancing drugs to a long list of major league baseball and college baseball players.

On the client list is University of Miami baseball and track and field strength and conditioning coach Jimmy Goins. Goins, who has known connections to former Miami standouts and major leaguers, allegedly supplied PED’s to players. He has denied any wrongdoing and the university has remained mum on the issue, despite removing him from the team’s roster.

The PED story couldn’t come at a worse time for the University of Miami. Even if Goins turns out to be innocent in the matter, the perception of widespread corruption among student athletes is damaging to the university. The Miami Hurricanes may soon have to face an unpleasant reality — that their university which already has a history of ethical breaches that tainted the integrity of two different sports’ programs has connections to even more rule breaking,

The jury is still out on exactly how guilty the University of Miami is. Regardless, we already know that the university wasn’t the only entity breaking the rules. The mess in Miami has left all parties, including the NCAA, scandal marred.

Ironically, the jury in this case may be as guilty as the institution on trial.

Fix Contributor Blake Baxter is a senior at Eureka College.