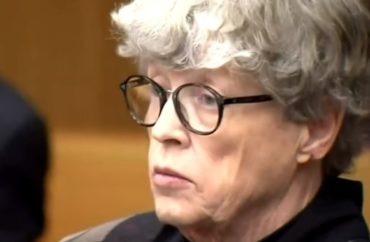 The former president of Michigan State University, Lou Anna Simon, who resigned from her post in the wake of the sex abuse scandal involving its former gymnastics team doctor, is set to receive a lucrative retirement payout.

After the much publicized January 2018 trial of Michigan State and USA Gymnastics team doctor Larry Nassar, Simon resigned from her post as president amid criticism over her handling of the scandal and returned to her position as a tenured faculty member.

Now, a year and a half removed from her resignation as president, Simon is retiring from her tenured faculty position. Overall, she worked at the university for 45 years and is slated to retire Aug. 31, school officials announced.

In a university press release released Tuesday officials also stated that Simon will be taking home a whopping $2.45 million severance payday split up over three annual payments, this coming in addition to the normal retirement benefits.

In the release, MSU board of trustees chair Dianne Byrum said Simon’s retirement was “best for the university.”

“Our campus community is continuing its healing,” Byrum said.

Meanwhile, Simon is still under the microscope for her role in the investigation into Nassar’s abuse. She is fighting criminal felony charges of lying to police and had taken an unpaid leave of absence to fight the charges.

“Simon was charged in November 2018 with four counts of lying to a peace officer — two felonies, two misdemeanors — as part of an investigation into Nassar by the Michigan State Police. … The felony charges carry up to four years in prison and a $5,000 fine,” the Detroit News reports.

Nassar is currently serving 40 to 175 years in prison after a plea deal on seven counts of first-degree criminal sexual conduct, the Lansing State Journal reports, adding survivors of the abuse and their families have reacted to the news of Simon’s massive payout by calling it gross, disgusting and disappointing.