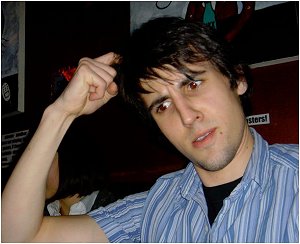 Some students at Princeton have set up a service dubbed “Tiger Microaggressions” which “takes other students’ reports of microaggressions and publishes them on its Facebook page.

The page also calls microaggressions “papercuts of oppression” because they’re “so small but slice deep.”

Most of the page’s posts are screenshots from a social-media app called Yik Yak, which allows users to make anonymous posts (called “Yaks”) to a live feed that other people in the area can see.

According to the operators, “microaggressions are all around us” and anything can be a microaggression because “there are no objective definitions to words and phrases.”

“The perspective and lived experiences of each individual contextualizes the world around them and thus places a particular meaning in words based on their distinct subjectivity,” they explain. “What counts as harmless banter to some may be emotionally triggering to others.”

A “like” on any of the page’s posts is considered an “act of solidarity” against whatever “racist/anti-black/sexist/classist/transphobic/transmisogynistic/ableist/homophobic/et cetera content that warranted a post to this page.”

“No objective definitions to words and phrases …”??

Possibly the best retort from the comment section in the article: “Every disagreement or form of dissent is a micro-aggression. Hugbox achieved. Princeton might as well throw in the towel now as an institute of higher learning since these things are integral to any kind of academic growth.”