Minority teachers at an Oregon elementary school are claiming that rolling one’s eyes is a “harmful practice rooted in White supremacy.”

The basis for this claim by Errol Hassell Elementary School BIPOC (black, Indigenous, people of color) educators was a rumor that their principal, Cynthia Moffett (pictured), might be fired. 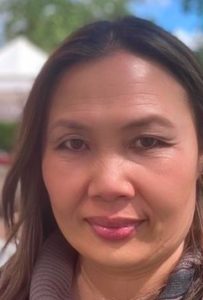 One example was staff “rolling their eyes during … meetings while Principal Moffett is speaking.” Others were speaking to Moffett in “a disrespectful and aggressive manner” and complaining about a book club which covered “dismantling racial oppression.”

“The potential of losing an intentional culturally responsive leader is sending a chilling message to us as BIPOC staff [at] Erroll Hassel and across the district,” the email said. “This situation is creating confusion and fear among us and it is leading us to question why we are not being heard and instead are being labeled as divisive when we are trying to dismantle harmful practices rooted in White supremacy.”

More from the Daily Mail:

The group of BIPOC teachers also said they knew of ‘racial slurs’ being ‘directed at Principal Moffett by a staff member,’ and claimed white staff at the school called a group of BIPOC staff ‘a gang.’

A list of issues that the teachers felt need to be resolved was provided, including ‘staff opposing district policy relayed by Principal Moffett,’ BIPOC school staff being called ‘divisive for bringing up these issues and asking for support,’ and Principal Moffett being ‘held responsible for addressing and solving situations of racism in which she is a victim.’

In the email, the teachers say they have not been given ‘any clear next steps to address all of these aggressions,’ and ‘feel that the actions we have witnessed and experienced this year have greatly harmed us.’

A list of demands was given at the end of the email, including a confirmation that Principal Moffett would not be terminated, an investigation into the ‘biased and racial aggressions,’ and a call to stop staff members from ‘ignoring the chain of command by having direct access to the executive that supervise’ Principal Moffett.

Errol Hassell Elementary made the news earlier this year when a parent got a lawyer involved regarding the school’s “21-Day Social Justice Challenge.” The parent alleged Principal Moffett had “dismissed” his concerns and retaliated against his daughter.

MORE: Professor: White supremacy to blame for Will Smith’s slap