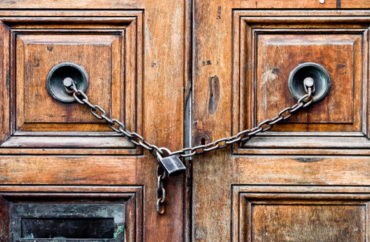 The Massachusetts Institute of Technology has canceled a prestigious guest lecture after a group of scholars, alumni and activists lambasted the institution for inviting a speaker who has criticized Diversity, Equity and Inclusion.

Dorian Abbot, an associate professor of geophysical sciences at the University of Chicago, was scheduled to give the John Carlson Lecture in the Department of Earth, Atmospheric and Planetary Sciences at MIT on October 21.

But Abbot was told recently by EAPS’ top leadership the event was scrapped.

“EAPS at MIT is a great department full of excellent scientists who I admire and respect. The department chair ultimately made the decision to cancel my Carlson Lecture, not them. The chair is a good person, but made a bad decision under pressure in this case,” Abbot tweeted Saturday.

Department Chair Rob van der Hilst did not immediately respond to a request for comment Monday from The College Fix.

Kimberly Allen, a spokesperson for MIT, told The Fix via email the lecture “will not be held this year at the discretion of the department.” Allen said Abbot may still present his work informally to his colleagues at MIT at a future date and discussions to that end are underway.

Abbot said he does not want people to go after those who got his speech canceled.

“I forgive the activists who led the campaign against me. Please do not attack them personally,” he tweeted. “They are fish swimming in a sea of moral confusion.” 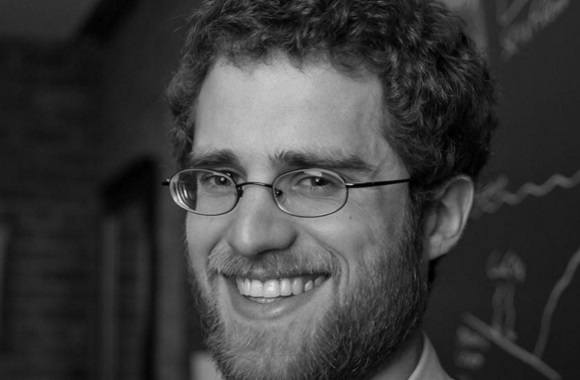 “What concerns me is that recently we have been trying to fix bias problems by building new biases into selection processes,” Abbot has said, warning against the “consequences of treating human beings primarily as members of groups rather than as individuals worthy of dignity and respect.”

For these publicly shared beliefs, an effort was launched last year to get him terminated, but the University of Chicago — considered the best university in the country for free speech — refused to fire Abbot (pictured).

Fast-forward to August 2021, when Abbot co-authored a column in Newsweek headlined “The Diversity Problem on Campus.”

“DEI violates the ethical and legal principle of equal treatment. It entails treating people as members of a group rather than as individuals, repeating the mistake that made possible the atrocities of the 20th century,” Abbot wrote.

Instead, Abbot proposed an alternative framework called Merit, Fairness and Equality, which would treat applicants “as individuals and evaluated through a rigorous and unbiased process based on their merit and qualifications alone.” 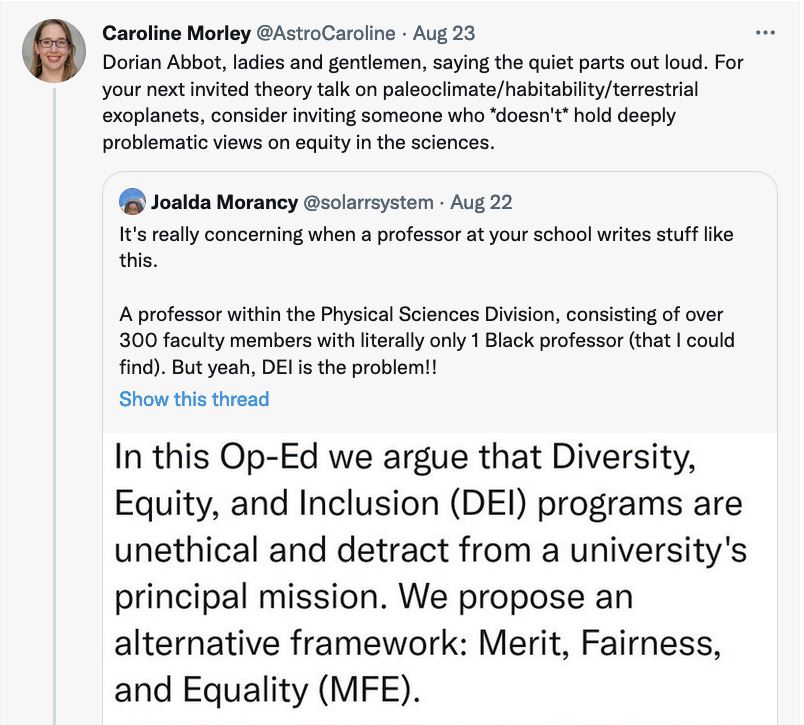 The column raised the ire of higher education DEI proponents, who cited it beginning around September 22 as they decried Abbot for the Carlson lecture. 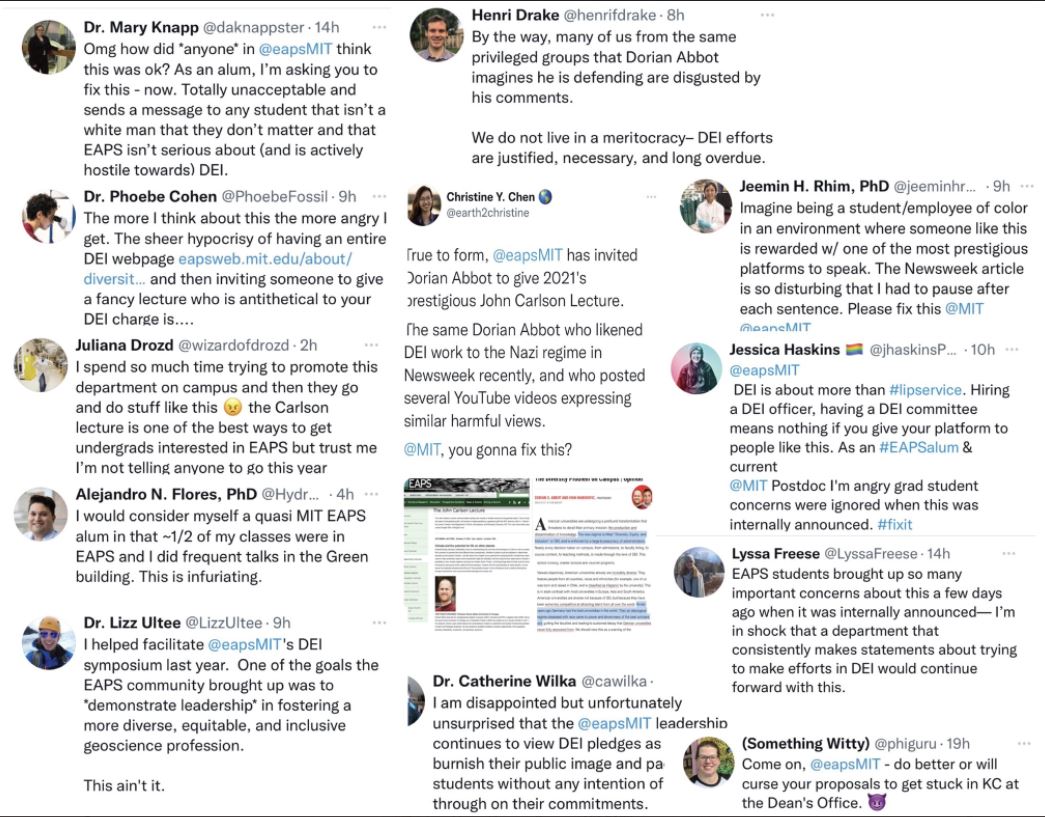 “A new Twitter mob, composed primarily of EAPS students, postdocs, and recent alumni, formed to demand that I be uninvited from the Carlson Lecture,” Abbot told The College Fix on Monday. “I think the proximate trigger was that the department announced that I would be the Carlson Lecturer in an email, but I do not know for sure since I’m not on their email list.”

Abbot was told September 30, roughly a week after the campaign began, that the lecture was canceled.

The episode has been denounced by Princeton University Professor Robert George, a vocal free speech and academic freedom advocate, as shameful.

“It is impossible to exaggerate how disgraceful MIT’s capitulation to a mob’s demands to cancel Dr. Dorian Abbot’s lecture is. That he was qualified on the basis of his achievements as as a geophysical scientist to give the Carlson Lecture was never questioned–nor could it be,” George tweeted Sunday.

“MIT’s caving in to a cancel mob’s demand to disinvite a distinguished scientist who had been invited on the basis of his achievements to give an honorific lecture shows just how badly science today has been politicized. The integrity of science can’t survive politicization,” he added.

1/ Dorian Abbot is a geophysicist at the University of Chicago. He was to give MIT's prestigious Carlson Lecture on Oct. 21. The topic was to be climates of extrasolar planets. Shamefully, MIT canceled the lecture under pressure from activists who objected to his political views.

“Every honorable scientist should be raising his or her voice in condemnation of the cravenness of those at MIT who are responsible for canceling Dorian Abbot’s Carlson Lecture. In condemning the politicization of science, there should be unanimity–at least among scientists.”

On Monday afternoon, George announced that Abbot will give his lecture on extrasolar planets, “meant to be the 2021 Carlson Lecture at MIT (until MIT disgraced itself by yielding to pressure to cancel it),” at Princeton on Oct. 21.

I'm pleased to announce that Dorian Abbot's lecture on extrasolar planets, meant to be the 2021 Carlson Lecture at MIT (until MIT disgraced itself by yielding to pressure to cancel it), will be given at Princeton on the date it was to be given at MIT: Oct. 21. Details to follow.

Editor’s note: The article has been updated to include that Abbot will now give his speech at Princeton.