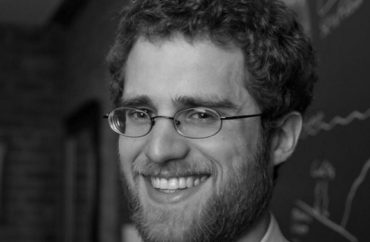 ‘To anyone who is reading this, I would say: don’t be afraid. If you see something wrong, speak out about it,’ embattled professor tells The College Fix

The University of Chicago has refused demands to punish a science professor for speaking out against diversity, equity and inclusion efforts.

Associate Professor Dorian Abbot recently took on the push to hire women and underrepresented minorities rather than select the best candidate for the job, bias against Chinese and Christian students, and other hot-button topics, drawing the ire of protesting students who said the scholar made them feel unsafe.

But their efforts to get him sanctioned failed at the University of Chicago, considered the best university in the country for free speech.

“I’m just a simple physical scientist. The way I’ve always approached my life is to tell the truth and try to do what is morally right,” Abbot wrote in an email to The College Fix. Abbot is (and it looks like he will continue to be) a professor of geophysical science at the university.

After Abbot cut a series of videos in which he listed his specific grievances with diversity, equity and inclusion efforts, “58 students and postdocs of the Department of Geophysical Sciences, and 71 other graduate students and postdocs from other University of Chicago departments,” published a letter calling for Abbot to be sanctioned, according to a petition in support of the professor.

“The contents of Professor Dorian Abbot’s videos threaten the safety and belonging of all underrepresented groups within the department and serve to undermine Equity, Diversity, and Inclusion initiatives,” the letter stated.

University President Robert Zimmer would not bow to their demands, however.

“We believe universities have an important role as places where novel and even controversial ideas can be proposed, tested and debated. For this reason, the University does not limit the comments of faculty members, mandate apologies, or impose other disciplinary consequences for such comments,” he wrote in a Nov. 29 statement to the community.

Abbot praised the decision in his email to The Fix.

The “Chicago Principles” he references were also mentioned by Zimmer in his statement. Defined in 2014, they constitute the university’s “fundamental commitment … to the principle that debate or deliberation may not be suppressed because the ideas put forth are thought by some or even by most members of the University community to be offensive, unwise, immoral, or wrong-headed.”

“The current ‘cancel culture,’” Abbot told The College Fix, “has a powerful chilling effect on faculty, who fear for their jobs if they speak their minds on critically important issues affecting the future of our universities and our society.”

As such, “I feel that it is my duty to express my opinion on important matters,” he said.

“What concerns me is that recently we have been trying to fix bias problems by building new biases into selection processes,” Abbot writes in his first video.

According to a personal account from Abbot, the university’s Title IX office wanted to investigate some of his claims, and the comment sections of the videos became a battleground where “a productive conversation was not occurring.” As a result, he took them down.

While the videos have since been deleted from YouTube, the petition in support of Abbot managed to save the slides from them.

He recounts experiences he had on selection committees for applicants. In many cases, although fewer women applied to the programs than men, the committee would select more women, implying preferential treatment, according to Abbot.

At one point, he claims that a dean once told members of a hiring committee on which he served that the only applicant that would be considered for the position would be “a woman or underrepresented minority.” 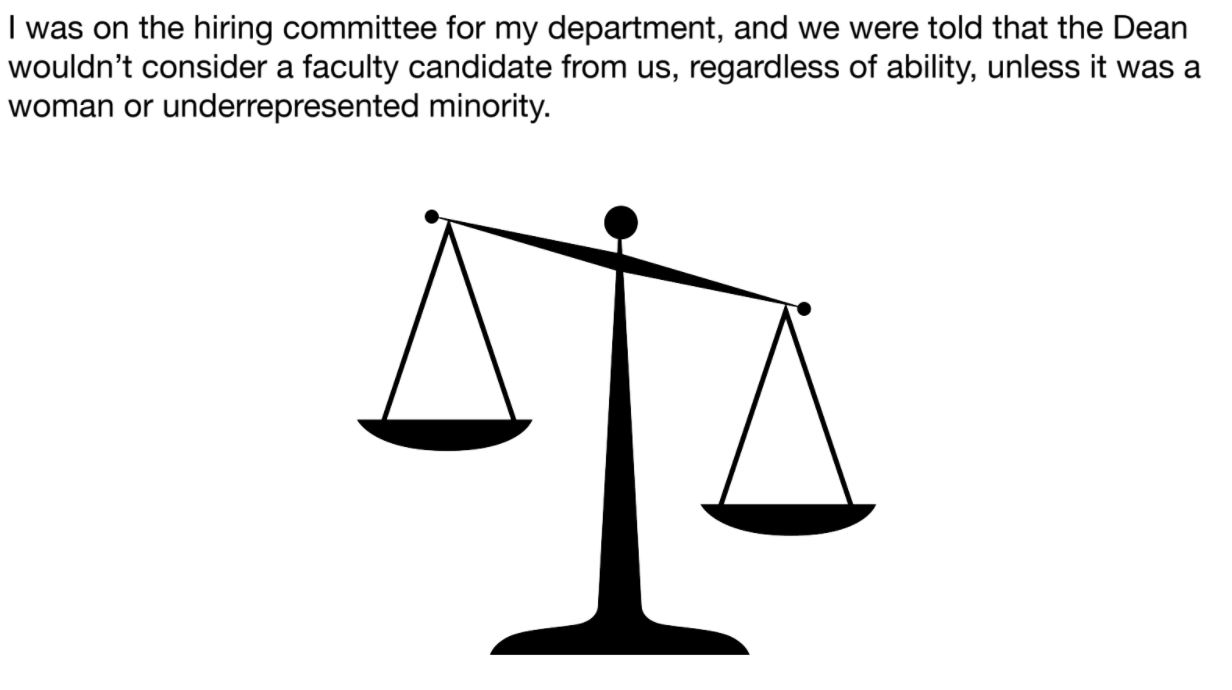 The second video sees Abbot claim that there have been instances of discrimination against Chinese students in his department. Other top universities, such as Harvard and Yale, have been accused of doing the same in their admissions processes.

Abbot also mentions a conservative Christian student of his.

“He is always being excluded,” Abbot says, “and his opinions and cherished beliefs are mocked and dismissed regularly.”

In the third video, Abbot discusses the Shills Report. Produced by a committee of UChicago scholars (including a Nobel Prize winner), the report catalogs the three main functions of modern universities: discovering new knowledge, teaching students that knowledge, and training students for future careers.

Abbot adds his own corollary to the Shills report, detailing what universities are not supposed to be doing:

(1) advocating particular political ideologies,
(2) religious instruction of the population,
(3) attempting to adjudicate and effect social justice, and
(4) providing for the national defense.

In the fourth and final video, Abbot paints the big-picture implications of the current “cancel culture” debate, naming “consequences of treating human beings primarily as members of
groups rather than as individuals worthy of dignity and respect.”

He specifically references the Holodomor, a famine in modern-day Ukraine. In its rush toward collectivization, the USSR forced peasant farmers they called “Kulaks” onto farming collectives. When the inefficiencies of the collectives brought about the famine, the government increased the peasants’ grain quotas, leading millions to starve to death.

Many scholars, along with the Ukrainian government, have classified the Holodomor as an act of genocide.

We all have a duty to what is morally right, especially if it is unpopular and causes people to attack us.

“The only way ‘cancel culture’ ends is for all of us to stand strong and when an attack comes, hold the line,” Abbot told The Fix.

“That said, try to understand the other side’s perspective and speak in a way that is as generous and loving as possible,” he advised. “Sometimes they will be unwilling to reason, and you will just have to say your piece and move on. If we all try our best to do that, then I am optimistic that we will get through this unfortunate phase in our society.”

“To anyone who is reading this, I would say: don’t be afraid. If you see something wrong, speak out about it.”

Abbot said he hopes that his good reputation on campus will be maintained. If not, he is prepared for what’s to come.

“To quote the old Kris Kristofferson song: ‘Don’t let the bastards get you down.’”