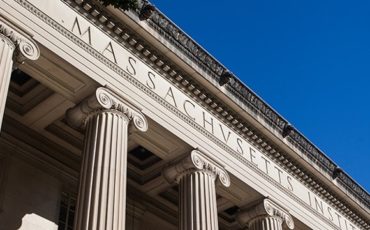 A group of free speech advocates associated with the Massachusetts Institute of Technology has received a financial boost to help them grow over the next two years.

The Stanton Foundation announced a $500,000 donation to the MIT Free Speech Alliance, which has approximately 800 members, made up of alumni, faculty, students and other allies.

The donation is intended to further the alliance’s promotion of free speech, academic freedom and intellectual diversity at the university.

Chuck Davis, MIT Free Speech Alliance president and university alumnus, wrote the grant for the proposal and served as finance committee chair. He told The College Fix by phone June 2 that the funds would be used primarily to hire a full-time executive director, update their website “to make it a more effective outreach platform,” and enlist professional accounting and compliance reporting services “to ensure transparency.”

“What we want to achieve is to launch the alliance, boot-strap it to be a self-sustaining organization built with an ongoing set of programs that will endure for the indefinite future,” Davis said.

“We want to inform, educate, and engage the students” on “what is free speech, why is it important…but also to inform students and faculty and staff about the rights they have that universities often violate,” he said.

Frank Stanton, former president of CBS, and his wife started the foundation in 1991 to promote free speech, among other causes. Stanton died in 2006.

“Frank Stanton was a fierce advocate for the First Amendment’s protections of freedom of thought and expression,” the foundation stated in its news release. “The goals of the MFSA align directly with the principles and values about which Frank Stanton cared so deeply.”

MIT community members founded the Free Speech Alliance in October 2021 in the wake of a controversy that involved University of Chicago geophysicist Dorian Abbot.

MIT invited Abbot to give the John Carlson Lecture in the Department of Earth, Atmospheric and Planetary Sciences on October 21; however, he was told by the department earlier that month that the event had been canceled.

The Massachusetts university disinvited him from the lecture on climate science after the publication of his Newsweek op-ed that advocated for merit-based hiring and treating applicants as individuals rather than members of a group.

Abbott and his co-author, Stanford accounting professor Ivan Marinovic, criticized the “new regime” of Diversity, Equity and Inclusion and argued that it “violates the ethical and legal principle of equal treatment” and “compromises the university’s mission,” according to the op-ed.

“The core business of the university is the search for truth,” Abbot and Marinovic wrote.

Liz Allison, Stanton Foundation co-director, told The College Fix in an email that “we reached out to MFSA after the cancellation of the Abbott lecture.”

“[The Foundation and the Alliance] both believe in the ‘marketplace of ideas.'” Allison continued. “After talking with some of their officers and members, we invited them to submit a proposal.”

Free Speech Alliance President Chuck Davis told The Fix that the group plans to host a debate in fall 2022 on DEI versus Merit, Fairness and Equality, an alternate proposal proposed by Abbot and Marinovic in which “university applicants are treated as individuals” and evaluated based on excellence and qualifications alone.

MIT alumnus Tom Hafer, a founder of the Free Speech Alliance, told The College Fix in December 2021 that he would withdraw financial support for the school until it reestablished its commitment to free speech and academic freedom.

Hafer expressed particular concern over the disinvitation of Abbot for his dissident views; however, he voiced confidence that his new group could make a difference.

“What the free speech alliance is doing makes me have hope for MIT,” Hafer said. “It shows me that if change is going to happen, it has to start with the people, and not the administration.”

Editor’s note: The title of this article formerly read “MIT receives $500,000 donation to promote free speech.” It has been corrected. The donation was given to the MIT Free Speech Alliance, not to the university.

This article was updated June 8 with comments from Liz Allison.