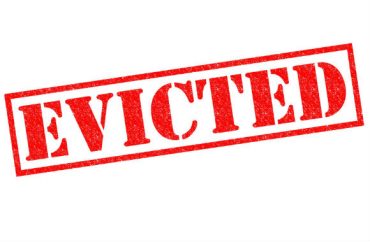 Whoever succeeds University of Missouri System President Tim Wolfe in the fall probably won’t have to worry about legions of squatters calling for his or her ouster.

Mizzou’s police chief expects a newly formed committee to recommend that the university strictly enforce a no-camping policy that has been on the books for seven decades, the Columbia Daily Tribune reported Monday. That policy was overruled to allow the media-free “safe space” campsite created by race protesters in November.

The report said the Ad Hoc Joint Committee on Protests, Public Spaces, Free Speech and the Press, formed in January by interim Chancellor Hank Foley, is expected to “soon” publish its recommendations on matters including protest camps.

The university “has had a prohibition on overnight sleeping on campus for years,” Bob Jerry, a Mizzou law professor and chairman of the ad hoc committee, told The Kansas City Star: It just didn’t enforce it.

The policy prohibiting university spaces from being “occupied as living rooms or bedroom[s]” was enacted in 1949, according to the Star.

Asked which regulations the ad hoc committee was looking at, regarding future enforcement, Jerry told The College Fix he would not comment on the “accuracy” of the Tribune story. He said the recommendations would “mention” policy CRR 110.010, “Use of Facilities and Equipment.”

Jerry told the Star that “no recommendation” on that policy has been made yet.

The emails also showed officials lamenting the poor state of the grass where tents stood. Mizzou police Chief Doug Schwandt told the Tribune that campus administrators granted the group a special exception to camp on the quad.

Foley’s administration has already hinted how it will handle future disruption.

When Mizzou activists tried to protest inside Jesse Hall last month as part of the Black Liberation Collective’s National Day of Action protest, a police officer warned them not to cause a disruption or they could face student disciplinary action.

At the time a protester told The Fix that police told them they were prohibited from entering Jesse Hall.

Mizzou police spokesman Maj. Brian Weimer told The Fix later over the phone, however, that police had not threatened to remove protesters but only told them what the consequences could be if they did disrupt, with expulsion as one option. Weimer said he told them this would apply to any group, regardless of its viewpoint.

A protester also told The Fix the activists were warned against raising their voices if they protested outside the hall.

Video of the police encounter seems to confirm Weimer’s account.

Asked about that incident, Mizzou spokeswoman Mary Jo Banken cited the age-old “Use of Facilities and Equipment” policy, which lets the school “set reasonable time, place and manner restrictions” over its spaces.

In April the Faculty Council approved a recommended statement from the ad hoc committee also affirming “reasonable” content-neutral restrictions on speech. The statement drew applause from the Foundation for Individual Rights in Education, a vocal critic of speech codes, which said it resembled the University of Chicago’s sweeping free-expression policy. (UChicago’s student leaders are less supportive.)

The ad hoc committee has often been at odds with some of Mizzou’s protesters. Maxwell Little, an original member of Concerned Student 1950, attacked the committee’s recommended statement on free speech on Twitter in March.

Seems as if this is not a commitment to free expression but a blockade to prevent what took place last fall @mizzou https://t.co/X1IffTVtYW

https://t.co/X1IffTVtYW This has #Trump written all over it. This is nothing but a restriction against political demonstrations #mizzou

Jerry told The Fix he was aware of a “criticism” the committee had received – not Little’s – but called any complaints “premature.” Jerry told the Star that the committee’s mission is not to limit speech, but to “preserve, protect and promote” it.

“I believe readers will recognize that it comes down very strongly on the side of protecting the rights of free speech, free expression, and assembly,” Jerry told The Fix.

As for a protest on the magnitude of those last fall?

“I don’t think that would happen again,” Schwandt, the police chief, told the Tribune. “I think there’s lessons learned from that. I doubt there would be approval to allow overnight camping again on campus.”

Faculty Council chairman Ben Trachtenberg told the Star that he expects the committee to publish its report over the summer break. It then expects to call a series of campus forums to discuss the recommendations.