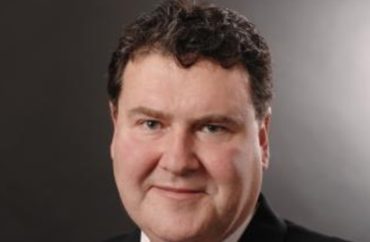 The University of Missouri is investigating a professor for making a coronavirus joke with a student from Wuhan, China during an online class session, even though the student reportedly was not offended.

Less than an hour after a student tweeted video of marketing professor Joel Poor at Mizzou and called for his firing, the taxpayer-funded institution responded that it had referred the video to its Office for Civil Rights and Title IX.

Poor was asking foreign students in his Marketing 3000 class where they were from. One spoke up: “China.” He responded: “China? I’ve heard of China.” The student chuckled. Poor asked where in China, and the student responded “Actually Wuhan.”

With surprise in his voice, Poor said “Wuhan?” The student chuckled again. “Let me get my mask on, OK? Hold on,” the professor said, before waving his hand and chuckling in jest. The 21-second clip ends.

A self-identified student in the class, Nathan Etheridge, tweeted back at Mizzou that he knows the Wuhan student:

He has told me he was not offended and he thought the professor was just joking with him. This is a modified video that makes this professor look bad. You’re trying to ruin man’s career to feel virtuous [sic]

Another user tweeted an 80-second video that starts with the exchange, putting it in fuller context, and scolded Mizzou for acting before it had “all the information.”

Watch the entire video @Mizzou you shouldn’t have acted before getting all the information #freejoelpoor pic.twitter.com/m0pOnwlWAN

The full video shows Poor asking the male student if he’s had problems with traveling. He responded that he stayed in the U.S. throughout the early pandemic months and can’t get back to China.

Poor offers to let the student stay in an extra bedroom in his house if he needs accommodations. The professor said he had been to two parts of China but not Wuhan.

The Foundation for Individual Rights in Education told The College Fix Wednesday that it was looking into Mizzou’s decision to investigate the professor.

“While a university has an obligation to address instances of harassment, that does not mean it must punish every joke, even if some would view it in poor taste,” Adam Steinbaugh, director of FIRE’s Individual Rights Defense Program, wrote in an email:

This is a university trying to avoid social media critics angry about an out-of-context video that purposefully cuts out the very next words of the professor, offering the student a place to stay and sharing his affection for China. That’s not harassment. FIRE is actively looking into the matter.

The Young America’s Foundation said “dozens of leftist students took to social media” calling for an investigation based on the out-of-context video, which was shared by a student whose Twitter handle refers to “Concerned Student 1950” racial protest movement from 2015.

Poor told his class hours after the video went viral yesterday that he had been “relieved of teaching duties”:

“To anyone who was offended by my comments, I sincerely apologize,” Poor wrote in a follow up email to his class. “I have nothing but respect and love for the Chinese people and especially my students from China.”

While Mizzou told YAF that Poor still had his job, it declined further comment. A spokesperson told KRCG that he couldn’t confirm Poor had been removed from teaching. ABC 17 said the university told it that Poor has been “assigned other duties” and that it will give him “due process.”

MORE: Mizzou student leaders proclaim ‘We are not crybabies’ in skit for freshmen

More than 4,400 people have signed a petition created Monday by one of Poor’s students, Mark Moghadam, demanding Mizzou keep him as a professor. While it characterized Poor’s joke as “tasteless” – a highly disputable point – the petition echoes that the Wuhan student was not offended by it.

Referring to his professor by his first name, rather than the customary “Dr.” for doctoral holders such as Poor, Moghadam wrote:

Joel gave an honest apology to his students … We believe that one infraction does not justify losing one of Trulaske Business schools [sic] most important assets. Please give your signature if you believe Professor Poor deserves a second chance …

The Young America’s Foundation called Mizzou’s rush to judgment “another example of the dangers of cancel culture”:

This incident will have a chilling effect on free expression as professors intentionally restrict their own opinions and free speech in the wake of Mizzou’s decision. Never bend a knee to the mob–it shows the tyrants-in-training who is truly running the school.

UPDATE: The Foundation for Individual Rights in Education told The Fix after this post was published that it was investigating Mizzou’s decision.

MORE: Mizzou’s own diversity czar says demands are against the law