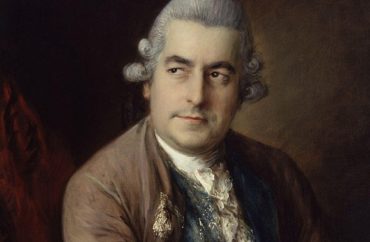 A music theory professor at Hunter College of the City University of New York said his own father, who is black, was a white supremacist because he liked “Bach.”

Professor Philip Ewell made the claims in a profile piece in the Yale Daily News. The university recently gave him its Wilbur Cross Award for “making the whiteness of music theory a topic of conversation,” the student paper reported.

Ewell is so good at identifying “whiteness” and “white supremacy” that he even saw it in his own father, who “believed deeply in the tenets of Communism,” the paper reported.

Tenure, Ewell drew out, is “the citizenship of the music academia world.” Tenured professors do not want their studies and positions potentially undermined by a reframing of the discipline. “They want to believe it’s the KKK and that’s it,” Ewell noted with heavy sincerity. He brought up his own Black father’s white supremacy as a counterargument; the hierarchies he imposed entailed white supremacy by definition, and Ewell bore witness to them firsthand.

Ewell called this phenomenon the “concentric circles of white supremacy” – the way it radiates from its crux into the hidden corners and crawl-spaces of everyday life, all the way from burnt crosses on lawns down into a Black man’s deification of Bach.

It’s not clear which Bach he is referring to, not that it would matter – it could be Johann Sebastian Bach, for example, or his son, Johann Christian Bach. Or one of the dozens of Bachs who were composers and performers.

His dad fell for the “white supremacy” trap, Ewell argued.

“White supremacy is the nation’s oldest pyramid scheme,” he told the paper. “Everyone’s waiting for their bite of the apple.”

For these insights on racism in music, he won an award from Yale, at one time a good university.

“Philip Ewell is one of the most significant music theorists of his generation,” Dean Lynn Cooley told the campus paper. “A disciplinary leader in the academic field, he has also become a public intellectual whose critiques have sparked conversations throughout the international community of performers and consumers of Western classical music.”