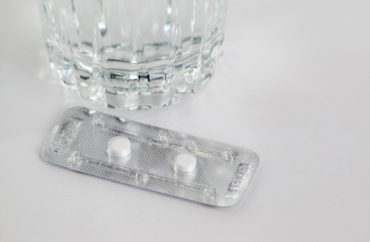 Pills can cause early abortion, help spread STDs, they argue

A bill working its way through the New York state legislature, one that would order colleges and universities throughout the state to display “emergency contraception” information on their campuses, is receiving pushback from a state Catholic group, which deemed the program “morally abhorrent.”

On Apr. 9 of last year, New York State Sen. Kevin Parker introduced Senate Bill S5089. That bill, which is currently in committees in both state houses, would enact the “Public University Emergency Contraception Education Act,” which would mandate that “every college and university of the state university of New York and the city university of New York” receive informational materials and posters concerning emergency contraception and place them in conspicuous places all over campus.

These contraceptives, more commonly known as the “morning after” pill, contain a higher dose of the hormones used in traditional birth control, and are used to prevent pregnancy after unprotected sex. According to the bill, the state legislature “deems it essential that each college and university of the state university of New York and the city university of New York provide information on emergency contraception to its students and makes it available to any student who seeks it.”

Catholic group: Pill can give women ‘a false sense of security’

The bill has received considerable pushback from a state-level religious group, which points out that the morning-after pill can also function essentially as an abortifacient.

The New York State Catholic Conference published a memorandum of opposition to the bill on March 4th of this year. The conference, which identifies itself as the “official voice of the Catholic Church in the Empire State,” argues that emergency contraception “is not designed for routine use as a contraceptive” and that some studies indicate “reliance on EC only makes women more inclined to have unprotected sex as they regard the morning-after pill as their safety net.”

Dennis Poust, spokesman for the New York Catholic Conference, told The College Fix that the bill is currently in a “limbo” of sorts due to the coronavirus crisis in that state.

“The bill currently sits in the Women’s Issues Committee in the state Senate and the Health Committee in the Assembly. At this point, because of the coronavirus outbreak in New York State, the rest of the legislative session remains up in the air. Legislators and the governor are working toward completing a state budget…and after that it is unclear how much will get done in Albany,” Poust said.

“[O]ur primary opposition is a concern that promotion of EC on campuses will lead to it being used as a primary form of birth control for some students. EC is not meant to be taken regularly; it contains high doses of hormones and it remains unknown how repeated regular use can affect women’s fertility and overall health. Beyond that, EC does not protect from sexually transmitted diseases and can give students a false sense of security,” Poust continued.

“Finally, EC can act by preventing conception or by preventing a newly formed embryo to attach to the uterine wall, causing an early abortion. Many students who believe abortion is morally wrong may not understand this and therefore lack truly informed consent if the promotional materials do not make this clear,” he added.

The Catholic Church strongly opposes both contraception and any form of abortion.

Parker did not respond to repeated requests for comment from The College Fix about the bill he proposed. In the memorandum, the Catholic conference slammed the legislation as “unnecessary and ill-advised.”

The Catholic conference is not alone in opposing the bill. The religious group New Yorkers for Constitutional Freedoms petitioned their readers to email their state legislators and “urge them to oppose” the bill, claiming that “the promotion of ‘emergency contraception’ could encourage risky behavior and lead to the spread of sexually transmitted diseases on public university campuses.”

“This bill is dangerous and unnecessary,” the group writes.