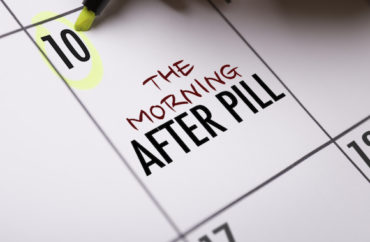 The U.S. Food and Drug Administration’s website affirms that emergency contraception can kill newly-created human beings, stating that, in addition to delaying ovulation, the Plan B pill “may prevent a fertilized egg from attaching to the womb (implantation).”

Yale’s website merely tells students how to acquire emergency contraception without mentioning the effects it can have on unborn humans. Both Washington University in St. Louis and Simmons University’s websites, meanwhile, state that the morning-after pill does not function as an abortion drug. Washington University’s website claims, “EC cannot end a pregnancy that has already started,” and the website for Simmons University states: “Emergency contraception is a form of birth control; it is not an abortion pill and cannot trigger an abortion.”

The claim that emergency contraception does not cause abortion relies on a definition of “pregnancy” that excludes newly-created humans that have not yet implanted in the uterine wall. In 2014 the American College of Obstetrics and Gynecologists issued a statement denying that emergency contraceptives can cause abortions. By that group’s definition, pregnancy “is established only at the conclusion of the implantation of a fertilized egg,” a process that can occur more than a week after conception.

The group also claims that there is “no scientific evidence” that emergency contraception “affects implantation” and that the FDA’s warning label “does not reflect current research.”

“There are many studies which demonstrate that when Plan B (high dose levonorgestrel) or Ella (ulipristal, a second generation RU-486) is given shortly before the peak of the [luteinizing hormone] signal from the brain, the brain will give off a weak LH signal, enough to cause egg release, but not enough to make a strong corpus luteum,” Harrison told The Fix via email.

“The result is that very little progesterone is made from the corpus luteum, and the lining of the uterus is then unprepared to receive the embryo when that embryo enters the endometrial cavity 5-7 days after fertilization,” Harrison continued.

“The result is that the embryo does not implant, and thus dies.”

Harrison argued that, with its definition of pregnancy, the the American College of Obstetrics and Gynecologists is “using a semantic sleight of hand.”

“ACOG redefined ‘pregnancy’ to start at the ‘completion of implantation’. So, if the embryo doesn’t implant, the woman was not ‘pregnant’. Now, the term ‘abortion’ in ACOG-land means ‘the ending of a pregnancy’. So, poof, problem solved. In ACOG-land, if she didn’t implant, then she didn’t have an ‘abortion’ and so Ella and Plan B are not ‘abortifacient’,” Harrison wrote.

“In order to bring some reality to ACOG-land, we use the more precise term ‘embryocidal’ i.e. that drug or device which leads to the death of a human embryo. Clearly Ella, Plan B and the IUD can be and are embryocidal.”

According to the American College of Pediatrics, “the predominance of human biological research confirms that human life begins at conception—fertilization. At fertilization, the human being emerges as a whole, genetically distinct, individuated zygotic living human organism, a member of the species Homo sapiens, needing only the proper environment in order to grow and develop.”

“The difference between the individual in its adult stage and in its zygotic stage is one of form, not nature,” the College continues.

When contacted by The College Fix for comments on why their websites do not acknowledge that emergency contraception can prevent an embryo from implanting, thereby forcing it from the body and ultimately killing it, none of the universities responded.