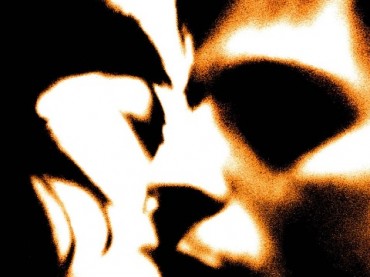 New York University this week became the latest campus to impose a new policy on students that requires them to obtain verbal or physical confirmation that both parties agreed to have sex, so-called “affirmative consent” that must be somehow maintained and verified throughout the duration of sexual intercourse.

The new policy, which went into effect Tuesday, came just two days after Democratic Gov. Jerry Brown signed into law a bill that made California the first in the nation to require such consent for sex on college campuses that receive public funding in the state.

The NYU policy does not offer specific examples of what those “mutually understandable words or actions” might be. Nor does California’s new law, with one of the assemblywomen who sponsored the bill, when asked how a student might prove they gained consent, replied: “Your guess is as good as mine.”

“Unless an accused student had videotapes of all sexual encounters (and thus violates other provisions of California law), it’s hard to see how he could prove that he obtained affirmative consent, much less on an ongoing basis,” notes Professor KC Johnson at Minding the Campus.

But California and New York University join other colleges that have imposed such standards for years. The International Business Times reports Yale University imposed the affirmative consent standard in 2011, which prompted so much confusion the school ended up publishing a list of hypothetical consent scenarios for students.

Other colleges that have maintained affirmative consent policies for several years include Antioch College, which is a small liberal arts college in Ohio, as well as Gettysburg College, St. Louis University, and the University of Iowa, with that school’s consent defined as “a freely and affirmatively communicated willingness to participate in particular sexual activity or behavior, expressed either by words or clear, unambiguous actions,” the Times reports.

“Though many mocked Antioch College for its 1993 policy requiring students to provide explicit consent at ‘each stage of intimacy,’ it turns out the school was ahead of its time,” Minding The Campus reports, adding: “Expect many more states, and possibly the federal government, to follow suit.”

At NYU, the policy’s consent definition adds: “Silence, passivity, or the absence of resistance” do not imply consent, and that relying on these forms of nonverbal communication may result in a violation of the policy.

“It is important not to make assumptions; if confusion or ambiguity arises during a sexual interaction, it is essential that each participant stops and clarifies, verbally, the willingness to continue,” the definition reads.

In a prepared statement, the university said that consultation with “nationally recognized experts in the field” helped develop the policy aimed to “further reduce incidents and enhance our response to incidents of sexual misconduct.”