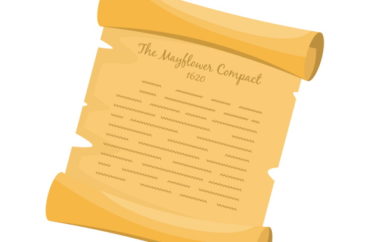 Peter Wood’s new book “1620: A Critical Response to the 1619 Project” accomplishes two things in one. It meticulously debunks claims made in the New York Times 1619 Project and offers a positive, more accurate narrative of America’s true foundation.

Wood, an anthropologist and president of the conservative National Association of Scholars, took on the 1619 Project’s attempt to reframe American history, and in so doing disproved the New York Times’ main arguments that the American Revolution was fought to protect slavery, that slavery is the basis of American capitalism, and that Abraham Lincoln was a racist.

The “newspaper of record” also argued that America’s founding began when about 20 slaves arrived on a pirate ship in Virginia in 1619, creating a “slavocracy” legacy that can be seen today in everything from traffic jams and the health care industry to the criminal justice system and the wealth gap.

Dozens of prominent and well-respected historians have slammed the 1619 Project for falsely portraying America’s past, and Wood used their writings to paint a very clear picture that the publication missed its mark entirely when it comes to U.S. history. 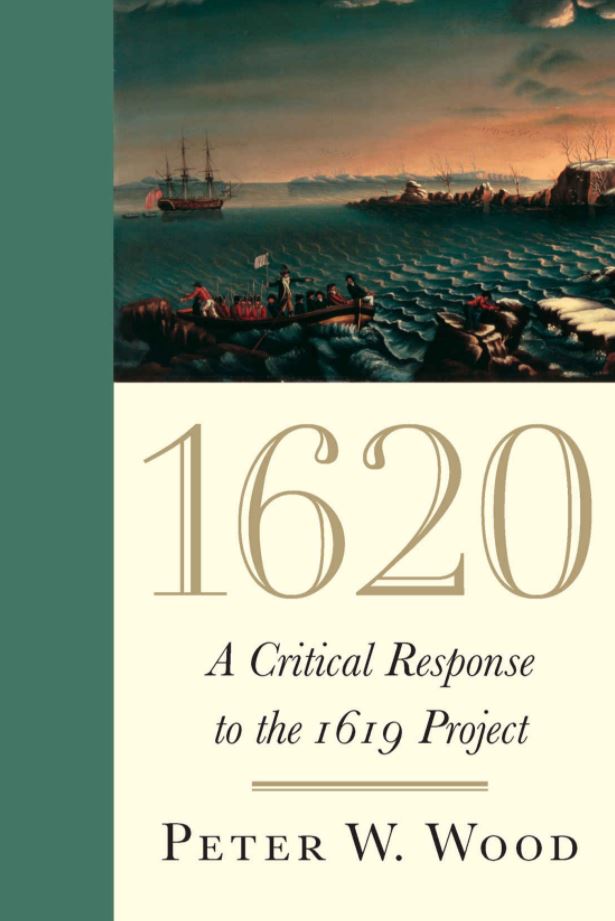 But the book doesn’t stop there. Wood titled it “1620” to draw attention to a much more important story in America’s founding than “the happenstance arrival of a bunch of English pirates bringing slaves to Jamestown, Virginia, in 1619.”

“1620 refers to the arrival of the Mayflower off the coast of Cape Cod in November of 1620 where dissension on board between the religious dissenters we call Pilgrims and the secular settlers aiming to get to Virginia broke out. To resolve that tension they came together and agreed on a document that we call the Mayflower Compact, which is a precursor to the Declaration of Independence,” Wood said in a telephone interview with The College Fix this week.

“It’s a small group of people of quite conflicting interests agreeing to put their differences aside in order to elect leaders, create laws and figure out a constructive way to live together. That’s the beginning of American self-governance and self-rule,” Wood said.

“It’s a modest beginning, but one that had profound consequences and it’s a much better way to tell the story of what America is than to say we were rooted in racial oppression from the very start.”

Wood, in his interview with The College Fix, expounded on his book and more.*

The College Fix: You write that the 1619 Project is, arguably, “part of a larger effort to destroy America by people who find our nation unbearably bad.” Why does the left want to destroy America from within? Seriously, what is the motive? Why destroy the country you live in? What is to gain?

Peter Wood: These are people possessed to a very high degree with utopian ideals. Whatever America has offered they believe could be made many times better if we only ceded power to those who truly understand what’s best for humanity. That utopian dream traces its origins back to Marx, and it’s the Marxist left that has set the pattern that has led so many to find a hatred for America in their hearts.

For equality, they substitute the notion that those who have suffered the most under capitalism or under western democracy will fare better when it comes to creating a Cuban or Venezuelan-style dictatorship in this country. They find themselves in a country [USA] that is truly moved by high ideals, those high ideals are never perfectly realized — we are just human after all — but they think they can do better and therefore set out a path of radical destruction in order to clear the path to the regime they would like to put into place.

CF: What is the single most important takeaway from your book?

PW: America founded the generous spirit of self-government, in which the rights of all are respected, and the attempt to create a just, fair society is fundamental. Our ancestors did one remarkable thing that no one else in the world did, which was they created an abolition movement and ended the institution of slavery. We are a nation that lived up to its ideals at a very high cost — 600,000 Americans died in the Civil War, for what reason? For the reason of trying to bring this pernicious institution to an end, and they succeed.

That contrasts with the new mythology that is being put forward by the New York Times, among others, that traces America to original acts of racial oppression and a continuing pattern of what the Times calls “slavocracy.”

"More than a powerful refutation, Wood’s 1620 is a withering appraisal and deadpan skewering of the 1619 Project as a cultural phenomenon."https://t.co/yJWdBR6m31

PW: America is harmed by this because we are a nation that truly is founded on ideals, we are not a tribe where we get our Americanness by means of claiming family heritage. We live up to the pledges that we’ve made to treat one another as equals in a system of laws and we abide by those laws and we create governments that enact and maintain those laws.

When you decide that the laws themselves don’t matter because they are merely instruments of oppression used by white people to keep down black people you delegitimate the forms of government and you erode the ideals on which the country was not only founded but maintains its identity. When you do those things you eliminate the basis for a genuine nation. We are attacking in the form of the 1619 Project the very possibility of there being an America that has any degree of cohesion or coherence. Try governing a country in which we are engaged in racial warfare. Try governing a country where people do not see any real interests in common.

As to the particular harms this does to African Americans, I think the largest of them is that it’s a declaration that your lives are futile; nothing that you have ever done, nothing that you will ever do, will matter because you are trapped in systemic racism and oppression of this white slavocracy. It’s a message of defeat and despair.

CF: Do they have an argument to be made when factoring in real racism, Jim Crow, the Civil Rights movement, redlining. Do they have a point about systemic racism and white privilege?

PW: I don’t believe they have a valid point. What has happened is we are now some 60 years after the rise of the Civil Rights movement in the post-WWII era. Dr. Martin Luther King’s essentially nonviolent approach to securing the rights promised by the 13th, 14th and 15th Amendments — that success, that change in the nation’s laws to get rid of Jim Crow and to bring about the legal system that perseveres the votes and the opportunities for all American citizens — that achievement is now being brushed aside as though we are still living in the era of Jim Crow. Well, we are not living in that era.

We are looking back to an ever-more distant past and pretending that that still bears on the present. There are for sure racists of all sorts that still exist in American society, they exist in small numbers, not in positions of power. The doctrines of racial inferiority have long since lost any grip on the public imagination. They are not embedded in our laws, they are not embedded in our social practices. The picture of America as groaning under a system of white supremacy or systemic racism is a false picture, beginning to end. It is extraordinary that that false picture can be marketed and sold to many Americans.

Plymouth, not Jamestown, was the real beginning of America, argues NAS President Peter Wood in his new book, "1620," a comprehensive takedown of the New York Times' 1619 Project.https://t.co/Bfj7uR4vib

CF: Your book is also a critique of modern journalism and the New York Times for printing lies and distortions, what you called “fake and inaccurate news.”

PW: The Times has misplaced its basic role here. It’s not giving us news in the 1619 Project, it’s attempting to force historians out of the way to tell a radically different account of what happened in our past. In this case, fact-checking was thrown out the window. They made up stories, myths, they told lies. When those things were pointed out to them repeatedly by knowledgeable, authoritative people, they brushed them aside.

Click here to read The College Fix’s previous coverage of the 1619 Project’s flaws.