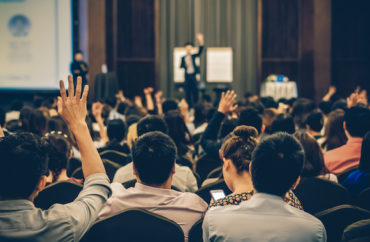 The head of Brown University’s College Republicans offered enthusiastic support of a new campus initiative designed to bring more conservative speakers to campus, stating that the initiative has already succeeded in diversifying the speaking roster at the largely liberal university.

College Republicans Chair Ethan Shire told The College Fix in an email that his organization is “extremely supportive” of SPEAK, the student group that has worked to bring a more ideologically diverse lineup of speakers to the school.

That group was founded by Brown sophomore Greer Brigham, “a longtime Democrat and Hillary Clinton campaign volunteer,” according to Inside Higher Ed. Brigham founded the group in part to help students “understand the range of perspectives on politics,” he told Higher Ed.

Brigham declined to be interviewed for this article, citing “a few factors on campus” following the publication of the Inside Higher Ed profile of the group.

“Our group has actually received very positive reactions on campus,” he said. “I believe that a great deal of this is due to taking things slowly — and that means not doing too many interviews,” he told The Fix.
Shire, who is also a member of SPEAK, praised the group’s initiative.

“We believe there is dearth of right leaning opinions on our campus and this is reflected by the research SPEAK has undertaken. They have demonstrated how politically similar all speakers at our campus have been,” Shire told The Fix.

SPEAK made headlines earlier this year when it released a study showing the dearth of conservative speakers invited to Brown.

“The group’s study found that at events that touched on U.S. political matters, 93 percent of the speakers leaned left. Meanwhile, the group found that 96 percent of professors invited to speak at Brown in 2017 could be considered leaning to the left politically,” according to the article and to SPEAK’s research results.

Reached for comment, Brown University spokesman Brian Clark told The College Fix via email: “A simple right vs. left analysis of speakers hardly captures in totality the richness and complexity of viewpoint diversity at Brown. We routinely host debates and discussions where speakers with varying and opposing perspectives confront many of the most difficult issues facing society today.”

Shire said he believes SPEAK has already shifted the climate on camus.

“I do think SPEAK has started a larger conversation on campus about intellectual diversity and its place in the university,” he said. “In years past, the administration would not have sought out prominent center-right leaders and SPEAK’s efforts have pushed the university to seek more conservative speakers as evidenced by [Jeb] Bush and [American Enterprise Institute president Arthur] Brooks’ visits.”

Brown University President Christina Paxson told Inside Higher Ed that, over the past half-decade, the school has “brought in a really interesting mix of people.” Clark, the university spokesman, echoed this sentiment.

“Promoting greater engagement with ideologically diverse ideas is a goal that the University supports wholeheartedly,” he told The College Fix.